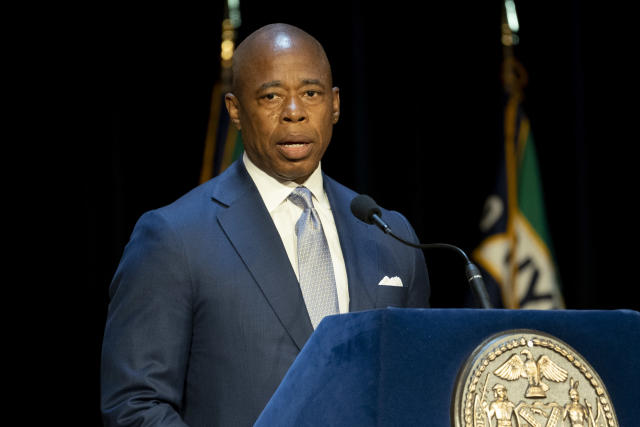 Tired of inaction from state legislators on the growing crime in NYC, Mayor Eric Adams on Tuesday seconded Republicans in the need for calling an emergency session of the legislature to confront the crime crisis, head-on.

Speaking at City Hall, Adams said Tuesday, “I hope that just as we had a special call to return to Albany to deal with the [Supreme Court] ruling on the right to carry [guns], I believe that Albany should consider coming and revisiting some of the violence we’re seeing of repeated offenders.”

“We need to be clear on that,” the mayor continued. “We’re not talking about someone that steals an apple. We’re talking about someone that has repeatedly used violence in our city: robberies, grand larcenies, burglaries, shootings, carrying a gun… This group of people are repeated offenders in our community and they’re hurting our public safety.”

Opposing his viewpoint was NY Senate Deputy Majority Leader Mike Gianaris who accused Adams of “demagoguing” the crime problem. “It’s sad Mayor Adams has joined the ranks of right-wingers who are so grossly demagoguing this issue,” Gianaris said in his statement. “He should focus less on deflecting from his own responsibility for the higher crime and more on taking steps that would actually make New York safer.”

Adam’s breaking point has most likely followed the wounding of a 12-year-old girl and 16-year-old boy in a series of shootings in the city late Monday, followed by a demand from Republican legislative leaders for a special session to repeal the state’s bail reform law.