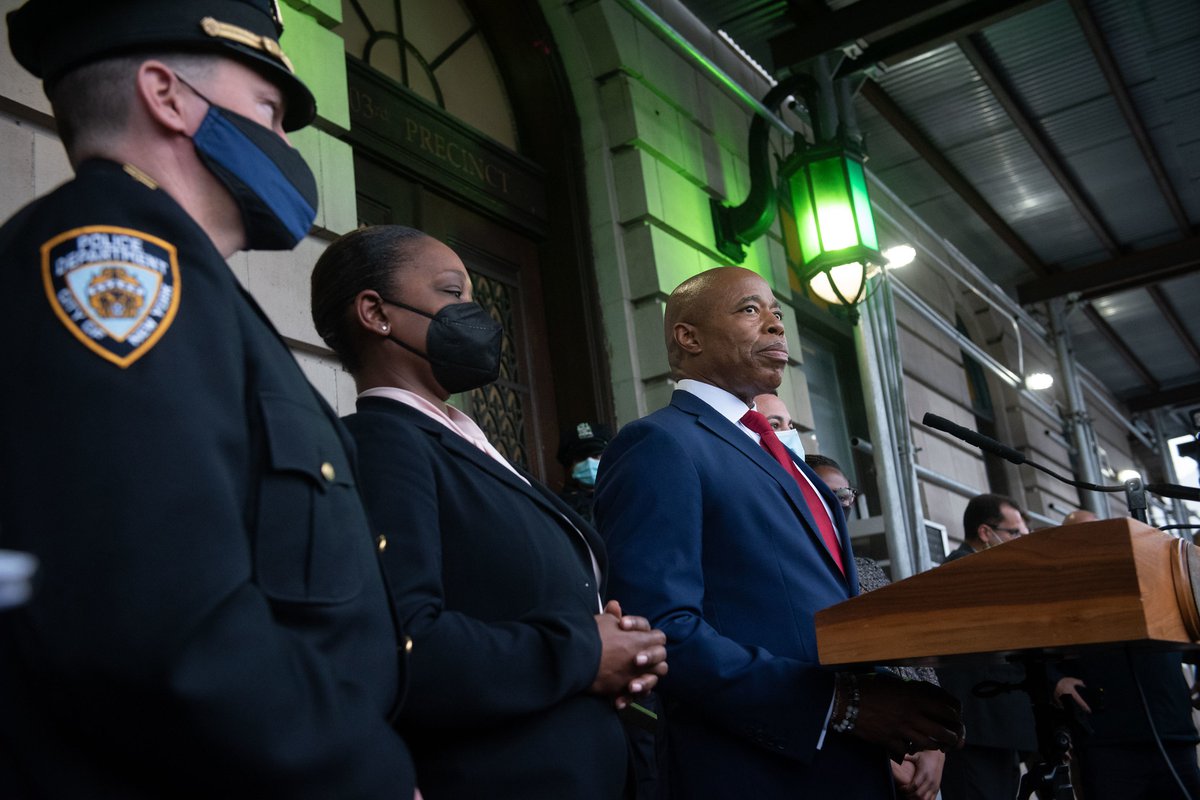 With crime being the touchpoint of his address once again, NYC Mayor Eric Adams said Tuesday that New York’s communities want more cops on the ground to help curb gun violence and stop the spread of illegal guns tied to shootings on city streets.

Maintaining that he will not resort to police lay-offs, Adams said he’ll be “heavy-handed” and crack down on cops that abuse their power, but won’t back calls to decrease the city’s law enforcement headcount.

On the same Travis Smiley radio show, Adams also cheered President Joe Biden’s plan to add 100,000 more cops via federal funding in police departments across the United States as a “step in the right direction.”

“I’m not going to be inconsistent and not talk about the violence that has happened in our cities every day. We need the police to do their job. They’re part of the public safety apparatus, as well as my crisis management team, as well as improving my school system, as well as dealing with the issues around homelessness. They all come together and you can’t remove police from this equation,” concluded Adams.