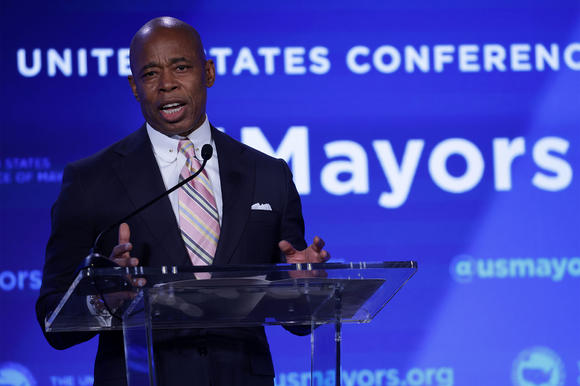 Taking a jab at the hypocrisy of social media giants, an enraged NYC Mayor questioned why dangerous threats from Subway shooter Frank James were not identified and flagged.

Drawing a comparison between harmless posts that are flagged, and ones that really need attention, Eric Adams on Wednesday said, “We are watching signs around us of those who are leaning toward violent actions and ignoring them. I cannot play a song on a social media channel that belongs to someone else without them identifying that. Why aren’t we identifying these dangerous threats? Why aren’t we being more proactive instead of waiting for this to happen?”

“There is some responsibility, I think, on social media industries and companies,” he added while speaking to CNN in an interview. “[We] must lean into why we’re watching these postings and these threats every day, and no one is giving an early warning sign to law enforcement.”

James, 62, had posted a string of videos on YouTube that frequently included racist rhetorics and in which Adams was singled out and threatened by name. In one, uploaded just a month ago, James said he had “entered the danger zone.”