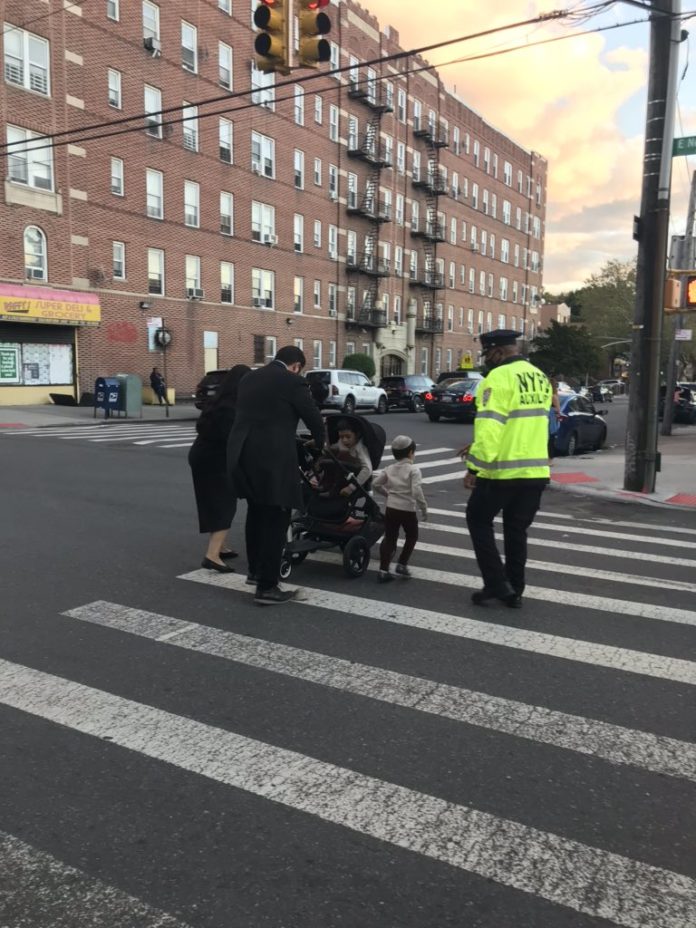 The private Jewish organization Anti-Defamation League (ADL) has offered a reward of $10,000 to anyone who can help in the arrest of a black male, approximately 40 years of age who assaulted a pregnant Jewish woman in Crown Heights on Wednesday morning.

ADL is a Jewish organization that seeks to stop the defamation of the Jewish people, & to secure justice and fair treatment to all.

We are offering a reward of up to $10,000 for information leading to the arrest and conviction of the individual(s) responsible for the reported antisemitic attack of a pregnant Jewish woman on the Eastern Parkway on November 3. Our statement:https://t.co/IxpFctM2GL pic.twitter.com/MzO5RxrDC2

In the initial NYPD investigation, the pregnant Orthodox Jewish woman who was dressed in traditional Chasidic attire was walking on Eastern Parkway between Nostrand and Rogers Avenues when she was approached by the suspect.

Without any reason, the man opened a bottle of juice and threw it into the woman’s face.

Luckily, the woman evaded the attack and quickly escaped the scene.

The suspect even shouted at the woman as she fled the scene that he was disgusted with her look.

The local police are now hunting down the suspect.