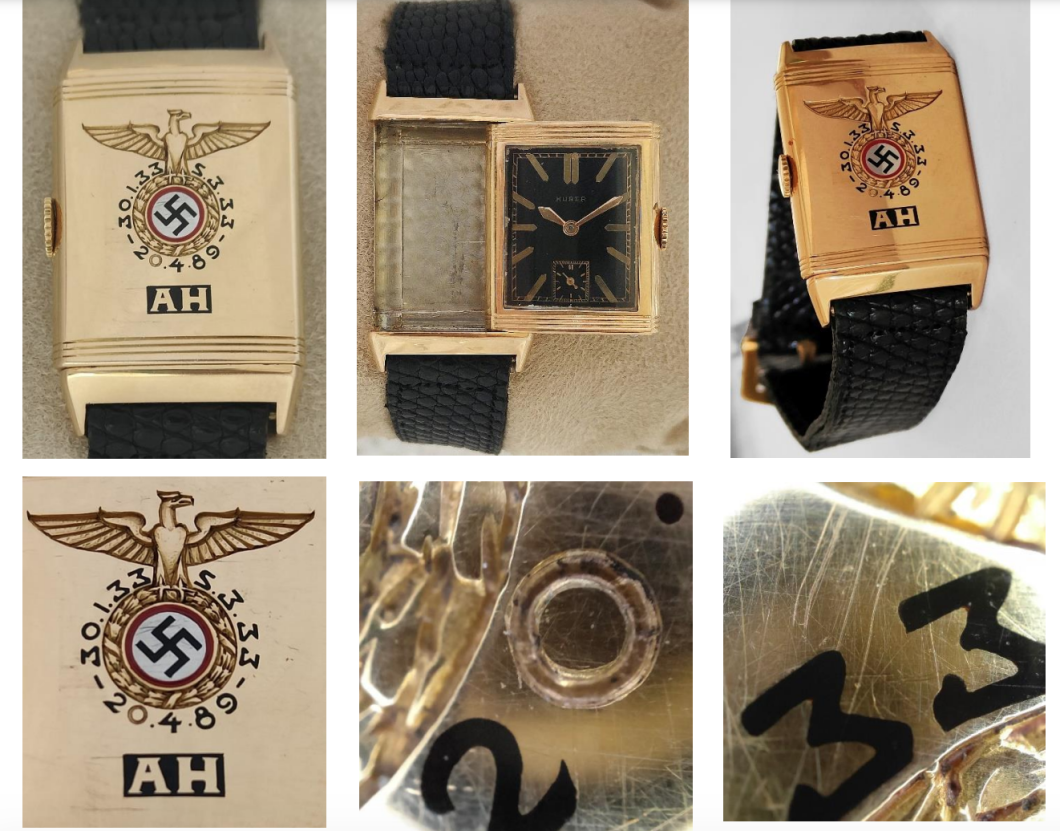 A Maryland auction house has sold off a wristwatch belonging to Holocaust mastermind Adolf Hitler for a whopping $1.1 Million.

Alexander Historical Auctions in Chesapeake City had estimated the value between $2 and $4 million, describing the watch as a “World War II relic of historic proportions.” The Huber timepiece, which was sold to an anonymous bidder, shows a swastika and has the initials AH engraved on it.

Ahead of the sale, several Jewish leaders condemned the auction, but the auction house – which has sold Nazi memorabilia in the past – told German media its aim was to preserve history. “Whether good or bad history, it must be preserved,” Senior Vice President Mindy Greenstein told Deutsche Welle. “If you destroy history, there is no proof that it happened”.

Meanwhile, post the sale, the auction house’s president, Bill Panagopulos, defended the auction and said the buyer is a European Jew.

The product catalog for the watch says it was possibly given as a birthday present to the fascist leader in 1933, the year he became Chancellor of Germany. As it stands, the watch was taken as a souvenir when some 30 French soldiers stormed the Berghof, Hitler’s mountain retreat in May 1945. It is then thought the timepiece was resold and passed down through several generations until now.