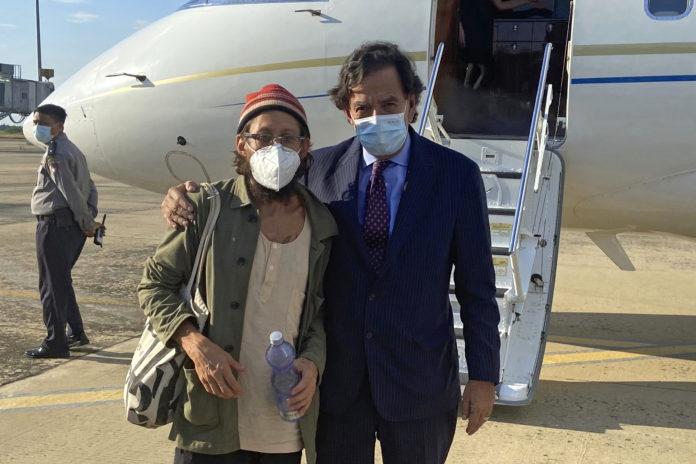 After 6 months of imprisonment in Myanmar Jewish, US journalist is freed

After six months of imprisonment, American journalist Danny Fenster was finally ordered released by the military rulers in Myanmar on Monday.

According to reports, Fenster is now on his way home after he was granted freedom with the help of a former US diplomat.

However, with the intervention of Bill Richardson, a former governor of New Mexico and past ambassador to the U.N., the Myanmar military junta has ordered his early release from jail.

“We are so grateful that Danny will finally be able to reconnect with his loved ones, who have been advocating for him all this time, against immense odds,” Richardson said in a statement released to the media.

Sources said Fenster was handed over to Richardson in Myanmar and will return to the U.S. via Qatar over the next day and a half.

Fenster has been in detention since he was taken into custody at Yangon International Airport on May 24 as he was headed to the Detroit area in the United States to see his family.