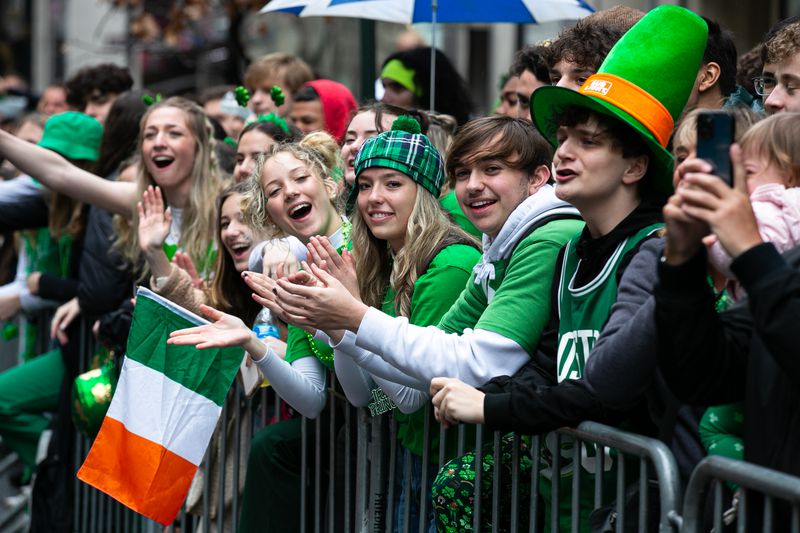 After two years of waiting, New Yorkers were finally able to celebrate the annual St. Patrick’s Day parade on Thursday.

Sources said at the Pig N Whistle on W. 48th St. near Rockefeller Center, Dropkick Murphys and the Dubliners blared on the sound system as scores of St. Patty’s revelers were thrilled over the renewal of the annual festivities.

“It’s like being normal again,” said Autumn Wright, 41, who flew in from Arizona to celebrate with her mom, Darlene Lemon Wright.

According to reports, New York’s parade is the oldest in America — it was first held in 1762, and runs 35 blocks on Fifth Avenue, past Central Park and St. Patrick’s Cathedral.

“I feel the energy,” Adams said as he marched up Fifth Avenue with a contingent of NYPD officers.