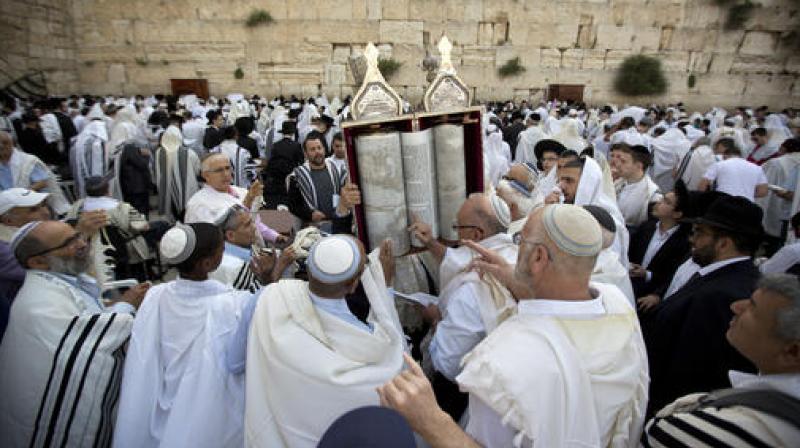 After A Year-And-A-Half, Worshippers Finally Gather At The West Wall For Passover Priestly Blessing

As the number of coronavirus cases significantly dropped in Israel, thousands were finally able to gather at Jerusalem’s Western Wall Plaza to attend the traditional  “priestly blessing” prayer, but with adequate COVID-19 restrictions in place. This year’s ceremony marks the first time since the outbreak of the virus that kohanim across Israel will be allowed to participate in the traditional event.

After a year and a half of being grappled by the coronavirus pandemic, worshippers were able to attend the traditional priestly blessing event at the Western Wall in the Old City of Jerusalem on Monday, made possible by the rolling back of coronavirus restrictions ahead of the Passover festival.

Although limited attendance was allowed at the site, the prayer is taking place on both the second and third days of Passover—Monday, and Tuesday. Adapting to the COVID-19 norms, the Western Wall Heritage Foundation asked worshipers who attended the ceremony on Monday to refrain from doing so again on Tuesday, to enable others to participate. The congregants were also divided into pods by clear plastic barriers and on the condition that hygiene rules were maintained.

Last year, just a symbolic 10 people were permitted to gather at the Western Wall to perform the ceremony, part of the special holiday prayers. Furthermore, during Sukkot, last October, the priestly blessing was held, but with a greatly reduced number of participants due to still high numbers of virus infections.

Meanwhile, to ensure safety this year, thousands of police and Border Police were deployed in the Old City to secure access routes to the event and the many visitors were expected to the Old City during the day. Vehicle entry to the area and along some surrounding roads was stopped to further enable movement of those arriving at the site, Israel Police said. Police asked the public to avoid driving to the area and instead use public transport.