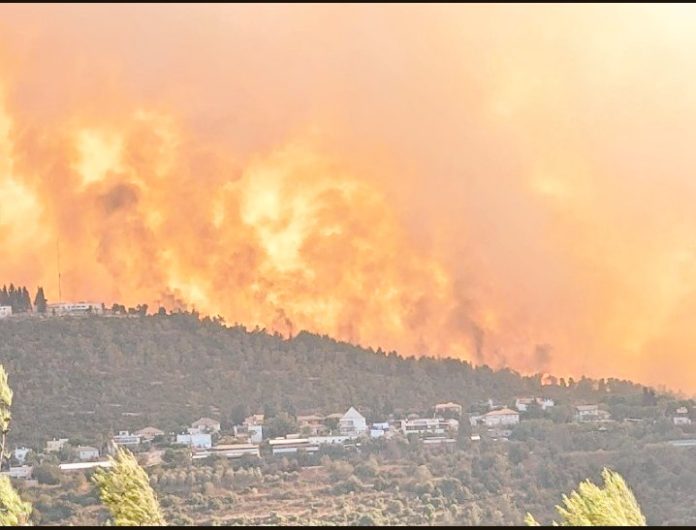 After almost 3 days, fires that destroyed 25,000 Dunams of forests in Jerusalem Hills is extinguished

After almost three days of firefighting, the fires that destroyed 25,000 Dunams of forests in Jerusalem Hills have finally burned out.

According to reports, now that the deadly fire is extinguished the exhausted firefighters who fought the fire can return to their families.

Aside from the Israeli firefighters, Israeli defense minister Benny Gantz also thanked Palestinian leader Mahmoud Abbas for sending his firefighting crews and equipment to assist in stopping the fires.

Fire investigators said the fires had destroyed 25,000 dunams of natural forest, 1000 dunams more than the Carmel fire which blazed in the winter of 2010, making it one of the largest fires in Israeli history.

Despite the huge blaze, no casualties were recorded.

The fire only damaged the flora, fauna, and the ten communities nestling in the hills southwest of Jerusalem.