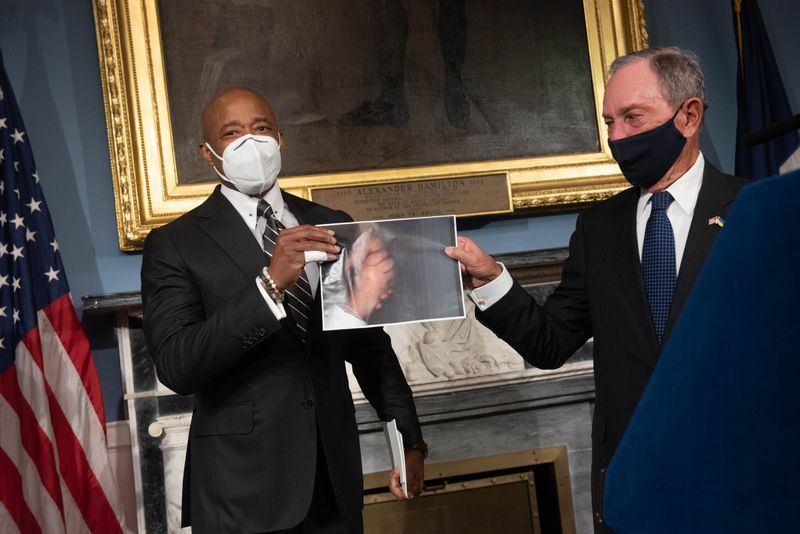 After eight years, former New York City Mayor Michael Bloomberg has returned to City Hall to announce that he is donating $50 million for summer learning programs at city charter schools.

Current Big Apple Mayor Eric Adams personally welcomed Bloomberg at the City Hall and showed him love as he visited his former office.

The visit of Bloomberg also signified that Adams is taking a different approach than another former NYC mayor Bill de Blasio who banned Bloomberg from the City Hall due to some personal differences.

“He inherited a difficult time and had to turn around the city,” Adams said.

“Why are we attempting to ignore a person who has already gone through it? And so when I sit down and bounce ideas off of him, talk about the recovery of the city during 9/11, what was going through his mind, what we should do differently, it just really — it’s a handicap not to have that,” Adams added.

Bloomberg, for his part, is pleased with the warm welcome given to him by Adams.

“This feels just like the good old times, except that when Room 9 asks a really difficult question, I’m going to say, ‘You handle it. Not me,’” Bloomberg said.

“But seriously, I was glad to have the chance to welcome back each of my predecessors to City Hall, and I’m glad that you’re carrying on that tradition,” Bloomberg added.