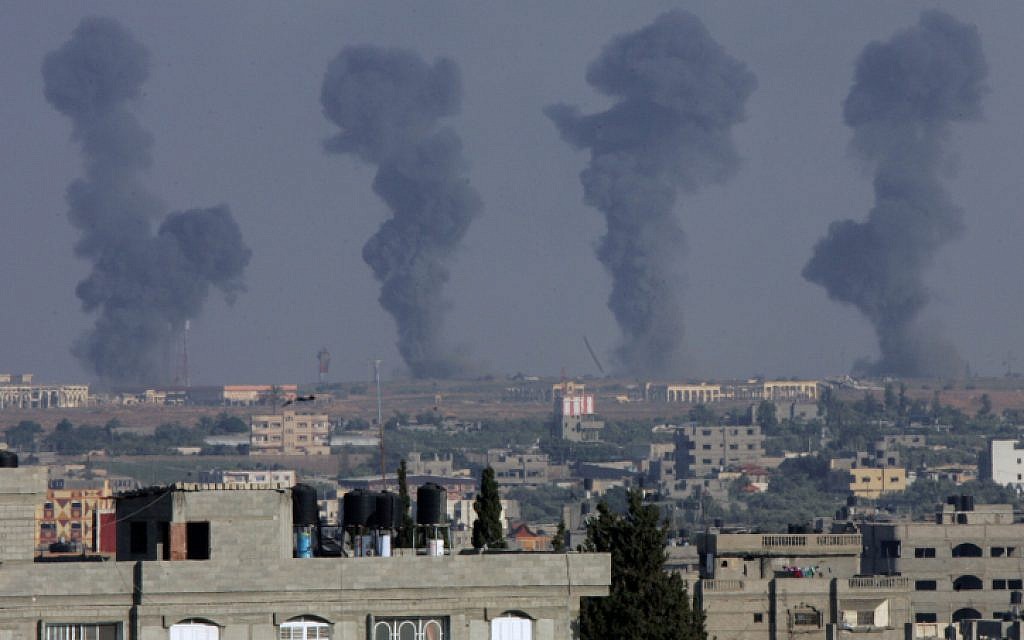 After daily Israeli attacks on Gaza since August 6th Hamas, the Palestinian group running the controversial Gaza Strip has announced it has reached a Qatari-mediated deal to end the latest escalation of violence with Israel.

Following a series of attacks from both sides, with the Israeli army amping up their bombings since August 6, the escalation of violence at the Gaza Strip has reached its peak. To avoid any further damage and loss of life, the office of Hamas leader Yahya Sinwar claim, “an understanding (with Qatari envoy Mohammed el-Emadi) was reached to rein in the latest escalation and end [Israeli] aggression against our people.”

The agreement came on Monday after a diplomatic envoy from Qatar delivered a whopping $30m in aid for the besieged Gaza strip, before holding talks with Israeli officials in Tel Aviv.

While Hamas attempted to improve terms with Israel by means of an informal truce that could allow the latter to ease its 13-year-old crippling blockade in return for calm, the response has not brought relief. Instead, Israel’s response has been to tighten the blockade. With these blockages in place, Israel has banned Gaza fishermen from going to sea and closed its goods crossing with the territory, prompting the closure of the Palestinian territory’s sole power plant for want of fuel.

The new agreement specifies that the Hamas military will stop incendiary balloon launches and its ‘night-time confusion’ operations where groups go along the fence and throw explosives and cause disruption. In return for this co-operation, it has beseeched Israel to go back to the pre-escalation situation- which means allowing fishermen out into the Mediterranean, easing the restriction on goods coming in, and also taking up the restoration of fuel supplies to Gaza’s only power station.

Sources claim that the Qatari delegation told Hamas that the Israelis were willing to resume fuel deliveries for the power plant and ease their blockade – if there was an end to the fire balloons and unprecedented attacks.

After the first few cases of COVID-19 being transmitted, Hamas has imposed a lockdown on the coastal enclave. A truce has never been more imperative for Gaza, especially since Israeli restrictions have pushed the economy to the brink of collapse, leaving more than half the population unemployed, and years of war and isolation have left the healthcare system crippled to cope with a major outbreak like this one.