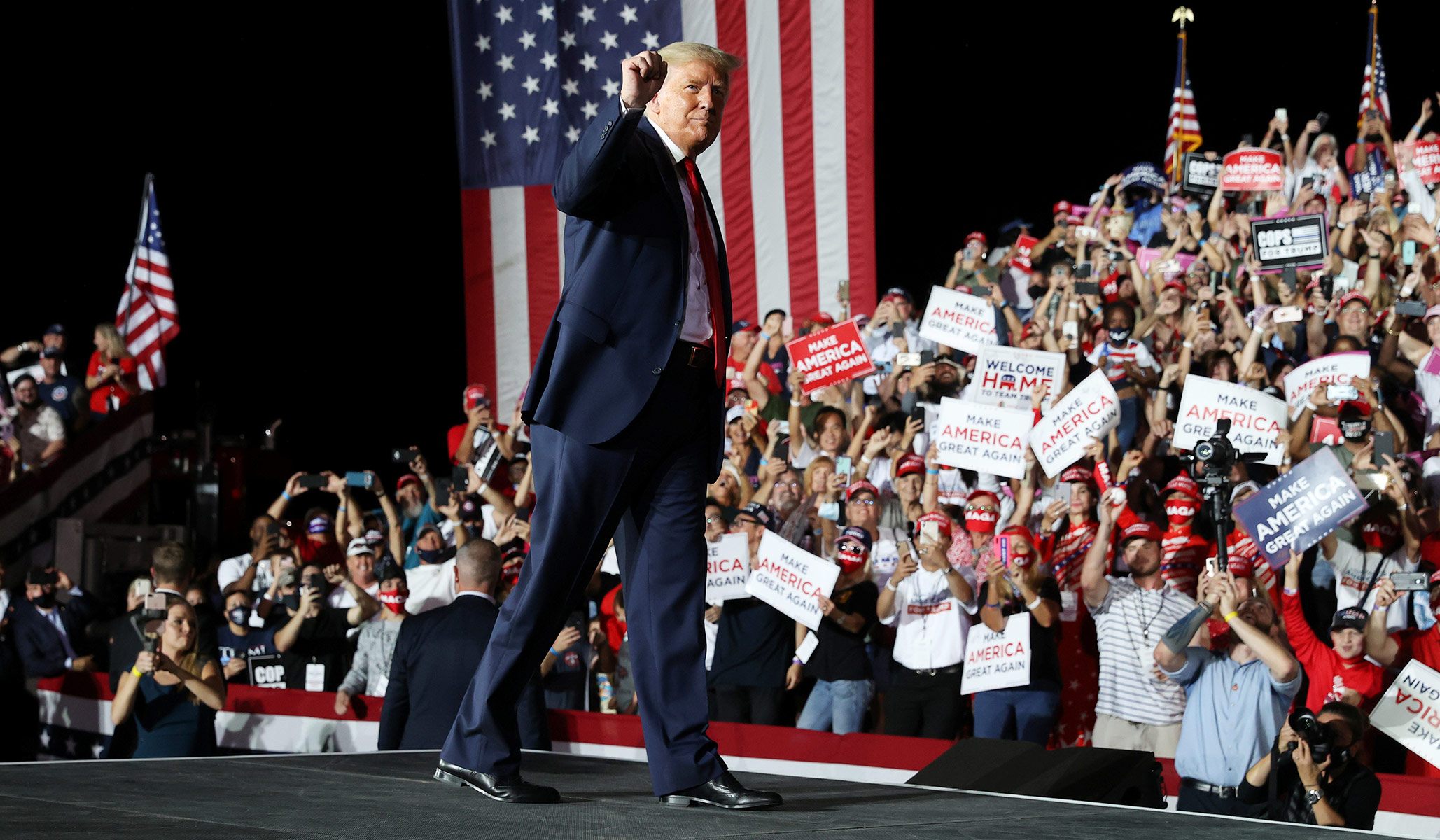 As the November 3rd elections inch closer, several polls have suggested that Biden may have an upper hand at these elections, but the Trafalgar group begs to differ. The group’s Chief Pollster Robert Cahaly, who rightly predicted the Republican win in 2016, told Fox News on Tuesday that President Trump is likely to be reelected.

In conversation with Sean Hannity, Cahaly claimed, “I see the president winning with a minimum [electoral vote count in the] high 270s and possibly going up significantly higher based on just how big this undercurrent is.”

In 2016, the pollster was one of the very few analysts who showed Trump leading in Pennsylvania, Florida, and Michigan on the eve of voting day, which truly translated into a reality in which the President claimed a phenomenal victory against his opponent Hilary Clinton in all three states.

Claiming that he wouldn’t even attempt to predict when results will be finalized due to a large amount of mail-in balloting, this year, the chief pollster predicted that Trump will hold Florida, Ohio, North Carolina, and Georgia — all states where most polls show a statistical dead heat or even a slight Biden lead.

“What we’ve noticed is that these polls are predominantly missing the hidden Trump vote,” Cahaly explained. “There is a clear feeling among conservatives and people that are for the president that they’re not interested in sharing their opinions readily … These people … are more hesitant to participate in polls. So if you’re not compensating for this … you’re not going to get honest answers.”

This being said, Cahaly hinted that there may still be a gargantuan impact in terms of the recent Hunter Biden expose, and the sheer timing of it all. As the faith in the Biden candidacy hangs by a thread, the recent scandal is going to be a major decisive factor amidst voters, depending on what the investigation lets out. In the context of this happening, Cahaly told Fox, “If the president uses this effectively at the debate [to be held on Thursday] when a more bipartisan audience is paying attention and puts [Biden] on the spot, I think Biden might crack, kind of like he did in the primaries. And if that happens, well, then the mainstream media is going to have to cover it.”