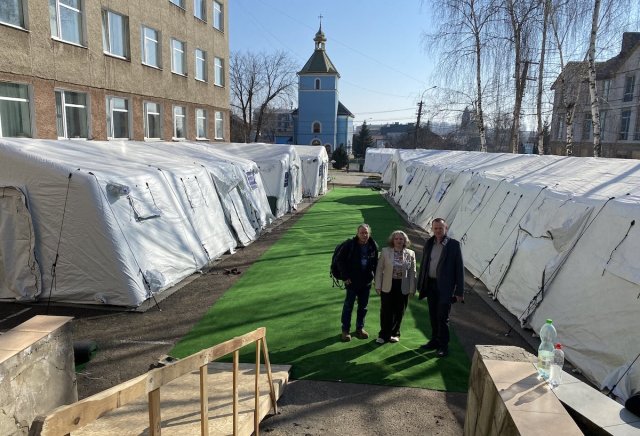 After a successful run of treating around 6,000 patients in the embattled Ukrainian country, Israel has shut down its Kochav Meir (Shining Star) field hospital in western Ukraine and returned its medical team to Israel.

Situated in the city of Mostyska, the 66-bed hospital was open 24/7 after opening its doors on March 21 (six weeks ago), and was staffed by more than 60 personnel. Most of those treated at the hospital were not war wounded, but rather civilians who may have struggled to receive care with Ukraine’s resources stretched thin by the invasion.

Set up jointly by the Israeli health and foreign ministries, in collaboration with Sheba Tel Hashomer Medical Center, the Rambam Healthcare Campus, and HMO Clalit Health Services, the hospital included an internal-medicine ward for adults and children, an emergency room, delivery room, and primary-care clinic, according to the ministry. It also employed advanced telemedicine technologies spearheaded by Sheba.

The hospital, which had 150 beds across its emergency, pediatric, obstetrics, and gynecology wards, was intended for civilian use.  The NIS 21 million ($6.5 million) facility filled 10 outdoor tents and also converted multiple classrooms into hospitalization wards.

As it stands, despite shutting down the medical center, Israel will continue to provide humanitarian assistance to Ukraine until the conflict with Russia doesn’t resolve.