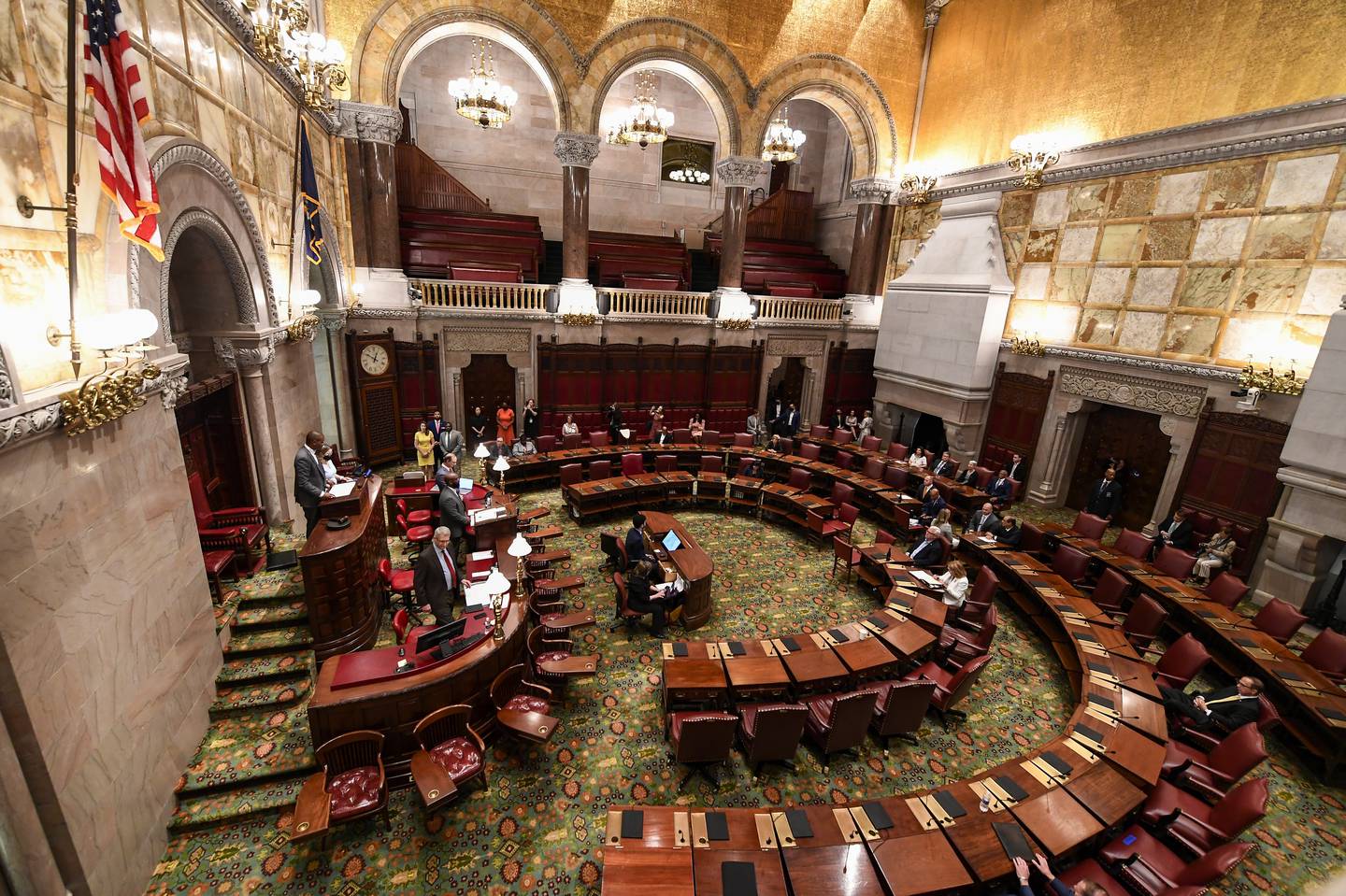 After the SC ruling, N.Y. Legislature set to prohibit guns in ‘sensitive places’

On Thursday, New York lawmakers returned to the State Capitol to take steps toward barring guns in many “sensitive locations” and banning people from carrying firearms into businesses unless owners explicitly say they are allowed.

The “extraordinary session” was organized in response to last week’s U.S. Supreme Court ruling striking down a 100-year-old New York law limiting who can carry a concealed handgun in public.

On Wednesday, Hochul told the media that a conceptual agreement had been reached on the “top lines” of the legislation, including barring guns from being brought into government buildings, schools, subways and buses, medical facilities, and “places where kids gather” such as zoos and museums.

Hochul added that under the agreement, weapons would not be welcome in private businesses unless owners explicitly state that they allow concealed firearms on their property, most likely by posting a sign indicating that gun-toting patrons are welcome.

According to reports, lawmakers were also looking to tighten rules related to gun storage in homes and vehicles and requiring background checks for all ammunition purchases for guns that need a permit.