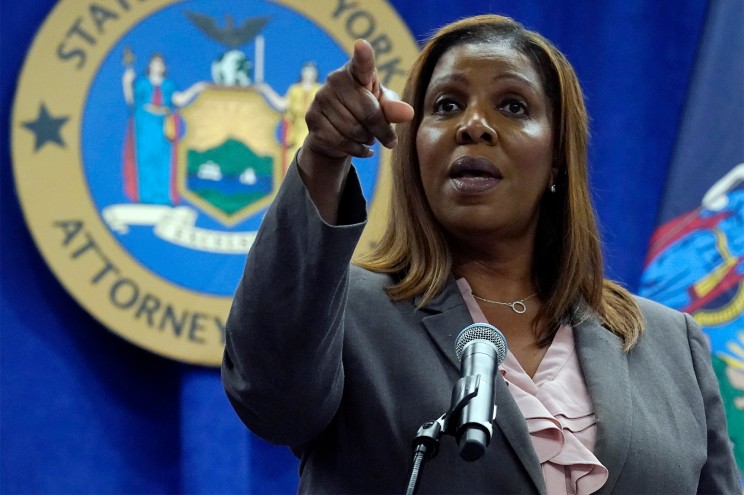 To kickstart her Primary run for governor, James reportedly called a union leader on Wednesday to prepare for her campaign early.

Kimberly Peeler-Allen, senior advisor for James’ campaign also on Wednesday said the state general will formally announce her intention to run for governor in the coming days.

Sources said James will also visit Puerto Rico next week for the 2021 SOMOS Puerto Rico conference there Nov. 3 to Nov. 7, which is expected to be heavily attended by New York’s political heavyweights — including James, Hochul, and the likely next mayor of New York City, Democratic Brooklyn Borough President Eric Adams.

Another source said James has also had conversations with New York City Public Advocate Jumaane Williams to talk him out of running for governor — and he’s refusing to agree to that.

James has served as attorney general since 2018, and before that was city public advocate.

If elected, she would be the first black woman elected governor of the Empire State.

In a recent Marist Poll, Hochul leads James 44 to 28 percent, in a three-way match-up where Williams netted 13 percent.