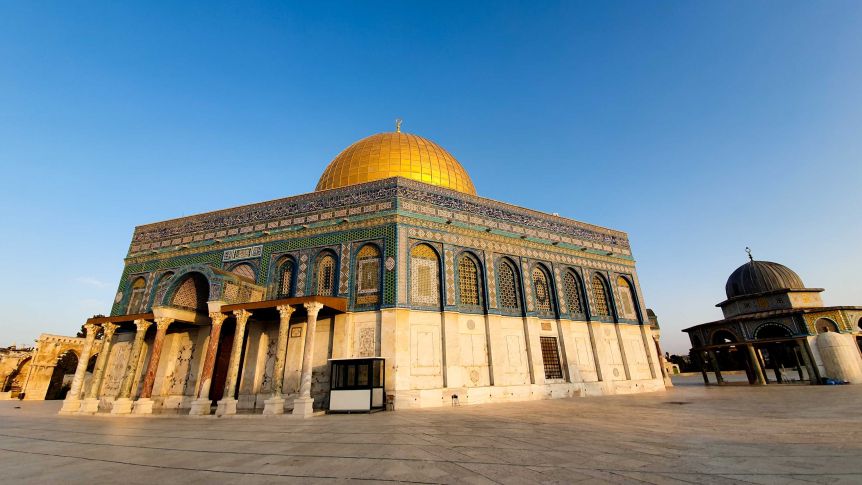 Following the news of the latest UAE-Bahrain-Israel normalization talks, analysts have hinted at the strong possibility of the division of the Al-Aqsa compound, which might potentially allow Jewish prayers, thus violating the status quo.

Under the status quo affirmed in 1967, only Muslims can pray within al-Haram al-Sharif, also known as the Al-Aqsa Mosque compound, which spreads across 35 acres. Non-Muslims can visit but cannot pray at the site. Israeli Prime Minister Benjamin Netanyahu affirmed this status quo in a formal declaration in 2015. However, a clause included in the recent accords between Israel and the Gulf Arab states of UAE and Bahrain, brokered by the United States indicates this may no longer be the case.

Joint Statement of the United States, the Kingdom of Bahrain, and the State of Israel pic.twitter.com/xMquRkGtpM

According to a report by NGO Terrestrial Jerusalem (TJ), the statements mark a “radical change in the status quo” and have “far-reaching and potentially explosive ramifications”. According to the joint statement between the US, Israel, and the UAE released on August 13 by US President Donald Trump: “As set forth in the Vision of Peace, all Muslims who come in peace may visit and pray at the Al-Aqsa Mosque and Jerusalem’s other holy sites should remain open for peaceful worshippers of all faiths.”

As far as the Arabs residing in the area are concerned, there is now a strong resentment towards UAE for agreeing to give a green light towards Israeli sovereignty over Al-Aqsa Mosque. Palestinians have long been concerned over possible attempts to partition the holy mosque, as was the case with Hebron’s Ibrahimi Mosque.

Over the years, several attempts have been made to change the status quo, through the Temple Movements staged by the Jewish communities, especially with the aim to build the Third Temple over the ruins of the Dome of the Rock, which according to messianic belief would usher the coming of the messiah.