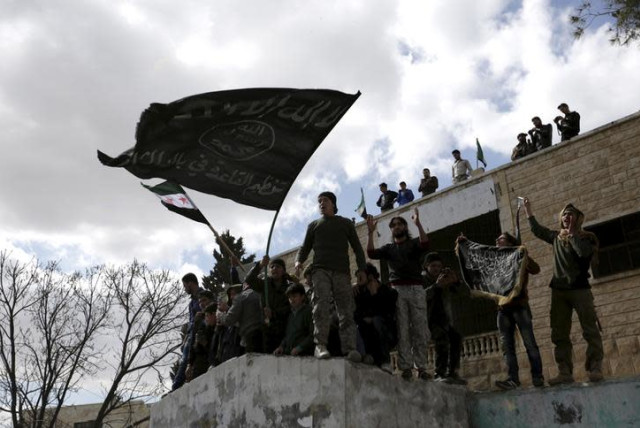 Instructing Muslim citizens of the world to carry out attacks against U.S. and Jewish interests, the Al-Quaeda terrorist organization published a flyer that was acquired by the Middle East Media Research Institute’s Jihad and Terrorism Threat Monitor (MEMRI-JTTM).

Calling on all Islamic individuals to support the mujahideen in Palestine financially, with men and weapons, the Al-Qaeda in issue 35 of its Al-Nafir bulletin praised those who rushed to “defend” the Al-Aqsa mosque on the Temple Mount in Jerusalem and the people of Sheikh Jarrah neighborhood in eastern Jerusalem, which was a center for Arab rioting and violence. The writing added that “waging jihad and fighting against the enemies is the way to revive the ummah [‘Islamic nation’], and bring it back to its religion and glory.”

According to further information about the write-up, which was seen by the MEMRI-JTTM, it read, “rights can only be restored by the might of the weapon and by revolting against the usurping Zionist occupier and its allies [when] each one does what he can, [whether] launching rockets, [carrying out] martyrdom operations, [perpetrating] storming attacks, throwing rocks, taking part in demonstrations and promoting the issue on social media platforms.”