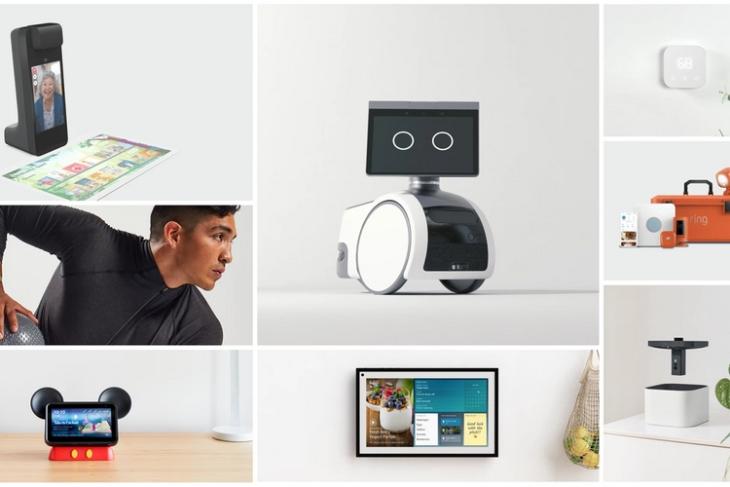 Amazon’s fall event on Wednesday revealed quite a few pleasant surprises, a thorough list of which is right here!

Yes, a robot was the highlight of Tuesday’s Amazon event. Named ‘Astro’, Amazon revealed a home assistant robot, that can help with home security monitoring, act as a mobile device, and more. It has a 10-inch touchscreen that shows an adorable “face,” and it travels on wheels. Customers can now request an invite to buy it as part of Amazon’s Day 1 Edition program, at the cost of $999.99. The robot will begin shipping to selected customers later this year.

A Videoconferencing Device For Kids

Amazon has launched a new Echo Glow device built just for kids who are learning via videoconferencing. The Echo Glow has an eight-inch display to see friends or family members and a touch-sensitive tabletop projector gadget that can be used to play games, read books, and make art. The device will have content from Disney, Nickelodeon, Mattel, and Sesame Workshop. Priced at $249.99, you can apply to the early access program to get selected. When it is released to a wider audience sometime later, it will cost $299.99.

A Smart Display For Your Wall

Amazon also announced a new fitness band with a color AMOLED display, called the Halo View. It costs $79.99 and comes with a full year of a Halo subscription membership. It will start shipping “in time for the holidays.”

Joining the list of smart home devices is the new Smart Thermostat that works with Alexa, and is made in partnership with Resideo. It will cost $59.99, and preorders for the device are now open.

Amazon’s three new Blink products include the Blink Video Doorbell, which costs $49.99, a Blink Floodlight Camera mount which starts at $39.99, and a Blink Solar Panel Mount, which costs $129.98 and comes bundled with a Blink Outdoor security camera.