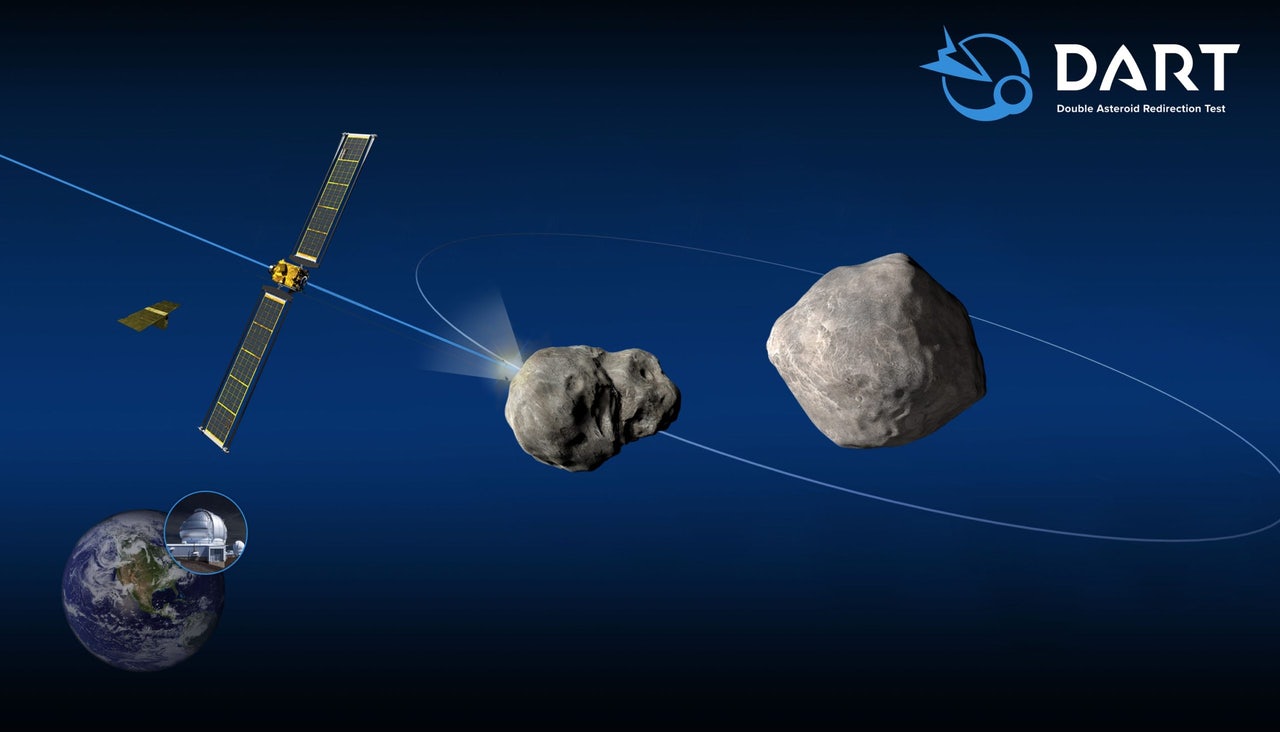 Earlier this week, NASA launched the world’s first “full-scale mission” to test asteroid-deflecting technology in the hopes of protecting Earth from a potential “Armageddon” which may happen as early as September 2022.

The mission of the $330 million project is to slam into a 530-foot asteroid, Dimorphos, at about 15,000 mph in late September 2022 to test a potential method of defense against potentially catastrophic asteroid or comet hazards.

NASA’s Double Asteroid Redirection Test, or DART, mission, is the world’s first full-scale planetary defense test, demonstrating one method of asteroid deflection technology and it’s been years in the making.

The spacecraft which has been loaded onto Elon Musk’s SpaceX rocket is, according to NASA, “designed to impact an asteroid as a test of technology to see if it can change the motion of an asteroid in space. The goal of the mission is to see if intentionally crashing a spacecraft into an asteroid is an effective way to change its course, should an Earth-threatening asteroid be discovered in the future. DART’s target is the binary near-Earth asteroid Didymos and its moonlet, which pose no threat to Earth.”

“Researchers will precisely measure that change using telescopes on Earth,” NASA’s statement reads. “Their results will validate and improve scientific computer models critical to predicting the effectiveness of the kinetic impact as a reliable method for asteroid deflection.”

DART should reach Dimorphos sometime between Sept. 26 and Oct. 1, 2022, while about 6.8 million miles from Earth, NASA said. “This isn’t going to destroy the asteroid,” said mission official Nancy Chabot of Johns Hopkins Applied Physics Laboratory, which is overseeing DART. “It’s just going to give it a small nudge.”