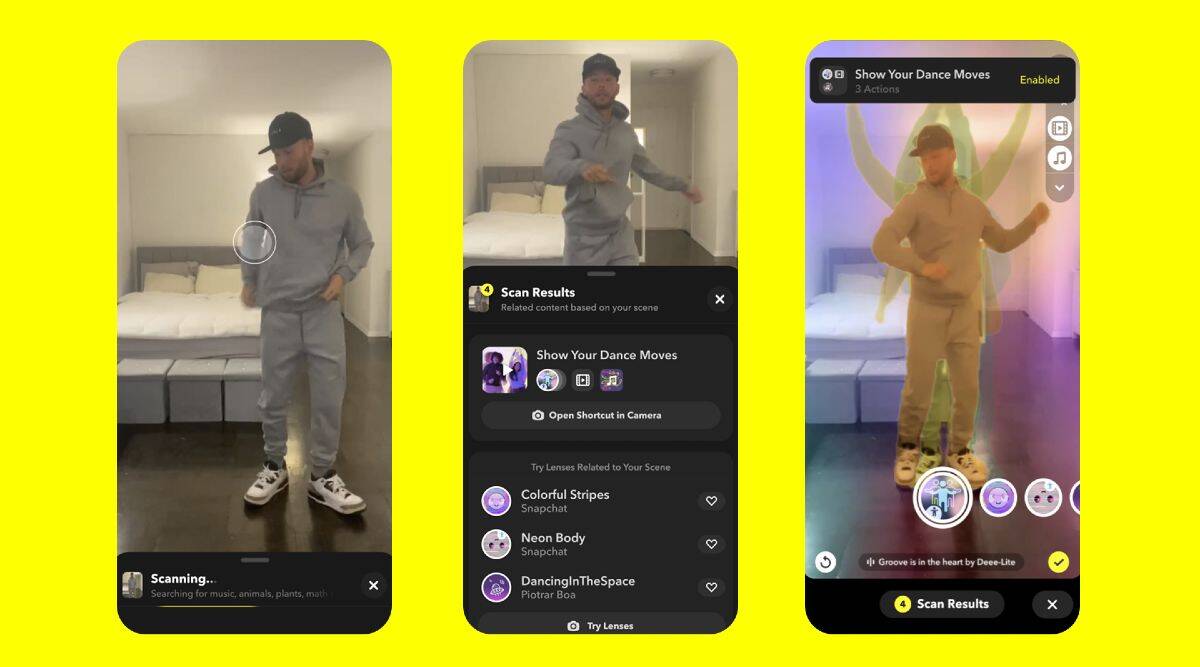 All You Need To Know About Snapchat’s New “Scan” Feature

As a Snapchat user, you might be aware of its beautifying or goofy AR features until now. But, on Thursday, the photo-led social media app has severely upped its game in terms of AR, by introducing a new ‘Scan’ feature that will be located up, front, and center on the app.

So, what is Scan? Snapchat introduced its Scan feature two years ago, allowing Snapchat users to quickly point their phones at objects and know more about them. This latest version of Scan adds detection for dog breeds, plants, wine, cars, and food nutrition info.

The majority of Scan’s features are powered by other companies; the app Vivino is behind the wine scanning feature, for example. Soon Allrecipes will power a Scan feature that suggests recipes to make based on a specific food ingredient. Snap plans to keep adding more abilities to Scan over time using a mix of outside partners and what it builds in-house.

The company has also stated that the update will begin rolling out to 100 percent of iOS users and Android users over the next few weeks. “When people think of ‘scanning’, they think of QR codes. Scan started off that way, too, by asking Snapchatters to ‘Scan a Snapcode’ to unlock unique AR experiences. Over time, however, we realized that Scan and by extension the Snapchat Camera — it’s a bridge for your digital and physical world, the company said in a press release.

Scan’s biggest new addition is a shopping feature that was built by Snap and aided by its recent acquisition of Screenshop, an app that lets you upload screenshots of clothing and shop for similar items. Scan can recommend similar clothes based on what you’re looking at and let you buy clothes you discover. Scan’s shopping feature will also soon be added to the camera roll section of Snapchat called Memories, letting people shop for clothes based on what they have saved from their camera or screenshots.

In addition to this, users will also have access to integrated Shazam that lets them recognize any music playing around them, Photomath, which lets users point the camera at a math equation to see the solution, and a Nutrition Scanner that can scan up to 1 million food products and get ratings on the quality of ingredients in many packaged foods.