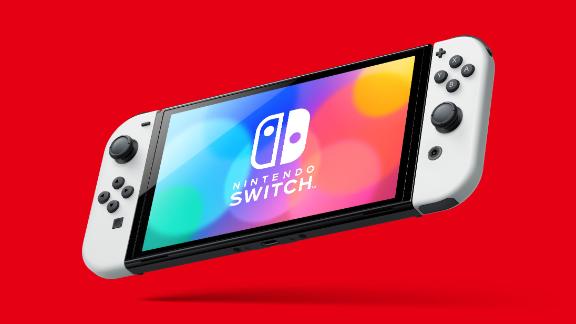 All You Need To Know About The New Nintendo Switch

On Tuesday, Nintendo Co. announced an all-new device in its Switch series, which will hit the stores on October 8th this year. Prized at $350, the new gaming device will offer a bevy of new software changes that are a treat for all gaming enthusiasts.

A hardware update of the first Nintendo Switch that dropped in 2017 and was priced at $299, the new device features a vibrant 7-inch OLED screen, a wide adjustable stand, a dock with a wired LAN port, 64 GB of internal storage, and enhanced audio, according to a statement from the company Tuesday. Nintendo listed that this Switch OLED model will only be supporting 1080p via TV mode, whereas rumors had suggested 4K support, due to a rumored Nvidia chip upgrade.

The model includes an adjustable stand for tabletop play, 64GB of built-in storage, a new dock with a wired ethernet port built-in, and improved audio for handheld or tabletop play. Meanwhile, as reported by The Verge, the new OLED model does not have a new CPU, or more RAM, from previous Nintendo Switch models.

Nintendo is also offering both black and white units when the Switch OLED model ships later this year. The new dock will also work with both the Nintendo Switch and this new OLED model.

The Kyoto-based company also says battery life on this new OLED Switch will be up to nine hours, the same amount as the current Switch. This OLED Switch is slightly longer than the original and also slightly heavier at 0.71 pounds (0.32kg) versus the 0.66-pound (0.29kg) weight of the original Switch.