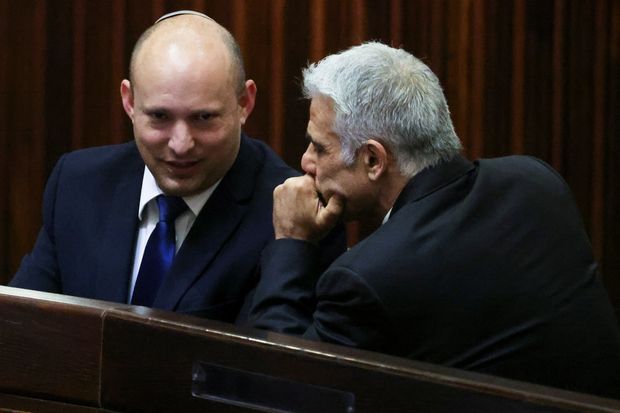 All You Need To Know About The Probable Israeli Coalition Government

After an eventful week in the Israeli political landscape, a new coalition government led by Yair Lapid and Naftali Bennett might soon rule the nation. Set to break several records in Israel’s history here’s all that you need to know about the probable ruling Lapid-Benett coalition.

In a first for the country, with Naftali Bennett’s appointment as Prime Minister, Israel will witness its first-ever religiously observant, kippa-wearing premier. If the government is sworn in, Bennett will also be the leader of the smallest faction ever to appoint a prime minister, as his Yamina has a mere seven MKs. Apart from these firsts, 49-year-old Bennett will be Israel’s second-youngest prime minister — the record for youngest stays with Netanyahu, who was just 46 the first time he assumed the role in 1996.