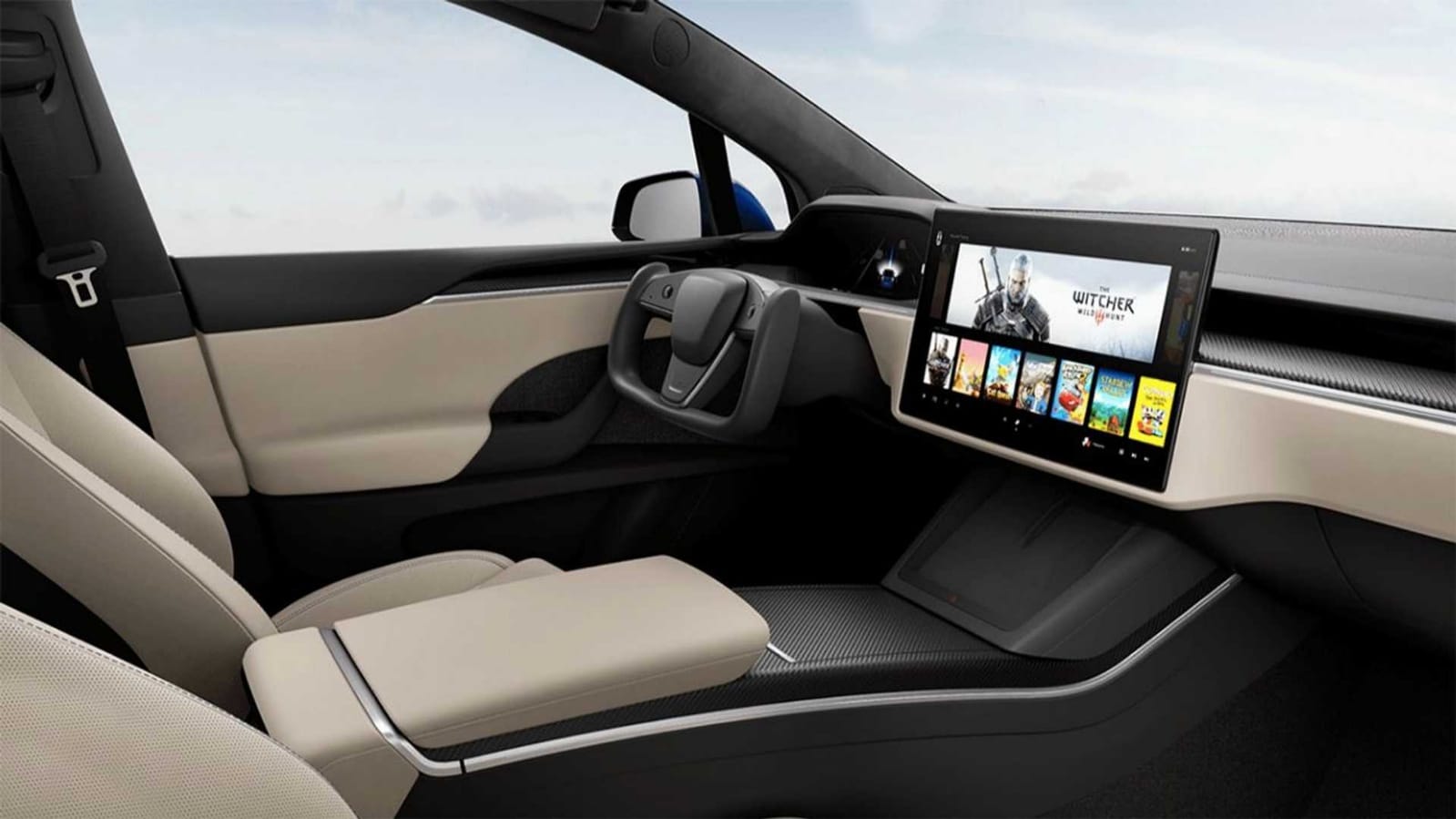 Tesla has updated the model S/X, what are the main new features/upgrades?

“No more stalks. Car guesses Drive direction based on what obstacles it sees, context & navigation map. You can override on the touch screen.”

So basically, the car will figure out whether you want to go forward or backward and if you don’t agree with its choice, you will be able to manually select your direction via the touchscreen.

If you take a close look on the new steering wheel, you’ll note the signal and the wipers buttons. (See picture below)

As we have seen the new version will have a yoke steering wheel instead of the traditional full wheel, But The online configurator has a photo showing the updated interior without the yoke and a conventional wheel in its place.

With the updated version, Tesla has introduced the same cabin facing camera that is found under the rear-view mirror in Model 3 and Model Y. The new Model S and Model X also comes with an interior radar for intrusion sensing and occupant detection. This is for Tesla’s plan to create a Robo taxi service that will use these features.

Of course, the second row also has now its screen – making it three screens in the new Model S and Model X.

The main touchscreen center display is now horizontal, (making it easier for them to do upgrades since all of their cars will now have the screens horizontal) but it’s still 17 inches (2 inches bigger than in Model 3 and Model Y), and it is now tilting (left and right).

The new second-row screen is also a touchscreen and the automaker is finalizing the user interface interaction between all the displays.