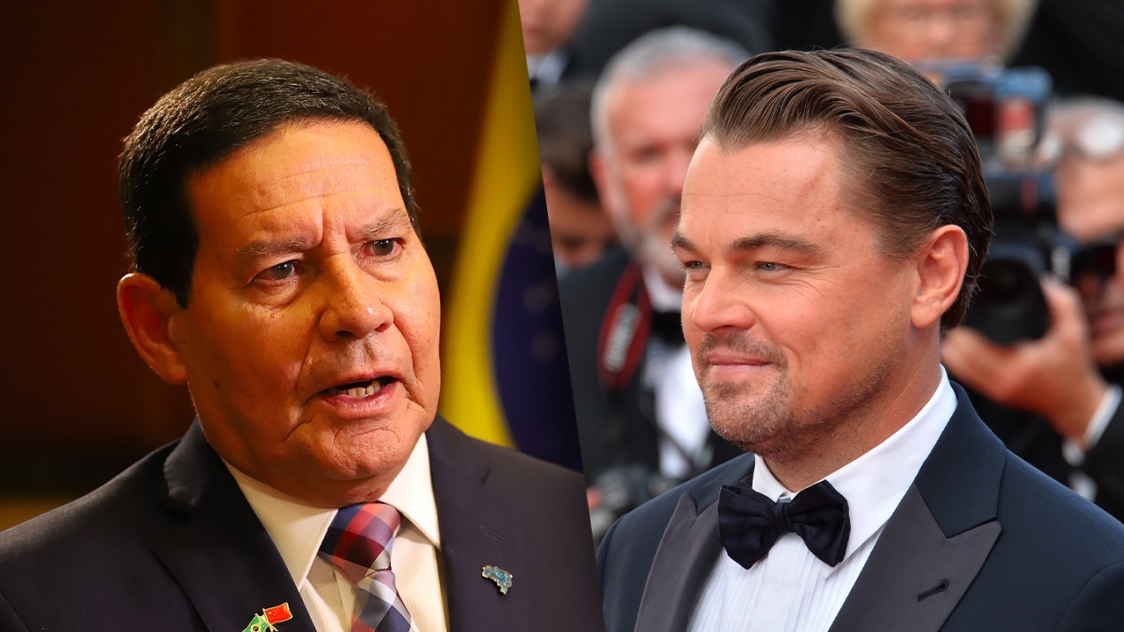 In defense of Leonardo DiCaprio’s critical stance on the Amazon fires, Brazilian Vice President Hamilton Mourao challenged the actor to an eight-hour hike in the rainforest. Mourao said this with the motive to show the celebrity and environmentalist that the rainforest is not actually burning.

Taking note of DiCaprio’s latest set of social media posts, Mourao, who heads Brazilian President Jair Bolsonaro’s task force on fighting deforestation, took to commenting on the hardy state of the forest. DiCaprio had recently reposted an Instagram video from ‘The Guardian’ with images of the world’s biggest rainforest in flames.

At a recent event on sustainable development in the Amazon organized by the National Industrial Confederation, Mourao commented said, “I’d like to invite our most recent critic, the actor Leonardo DiCaprio, to come with me to Sao Gabriel da Cachoeira (in northern Brazil) and walk eight hours through the jungle.” (CNI).

Hinting at an extraneous obtrusion by the actor, he further went on to say that, “(Through the hike) He’ll get a better understanding of how things work in this immense region.”

A known environmental activist, DiCaprio constantly voices out his concerns regarding the various ecological disasters and man-made calamities that threaten the world ever so often. In his recent post detailing the Amazon fires, he wrote a caption that cited satellite data from Brazil’s space agency, INPE, showing the number of fires in the Brazilian Amazon in July increased 28 percent year-on-year, with early numbers for August also showing an increase.

The post read, “Brazil’s president, Jair Bolsonaro, is under pressure internationally to curb the fires, but he has publicly doubted the severity of them in the past claiming opponents and indigenous communities were responsible.”

This is not the first time President Bolsonaro has been questioned for his inability to control these ecological disasters. He has faced constant international condemnation for presiding over rising deforestation and huge fires in the Amazon since 2019.

In his defense, the far-right leader has downplayed the issue, saying, “this story that the Amazon is burning is a lie.” This being said, he has also been on the lookout at avoiding last year’s international outcry.

In July this year, he proposed a 120-day ban on the agricultural fires used by farmers and ranchers to clear their fields with the slash-and-burn method. This was speculated to be the main cause of fires in the Amazon. He has also deployed the army to the region to avoid and implement necessary rescue operations in the fire season.

Despite claiming that the policies are working tremendously well, the data shows otherwise. According to a recent survey, experts suggest that deforestation increased 34.5 percent year-on-year in the 12 months through July, in the region.