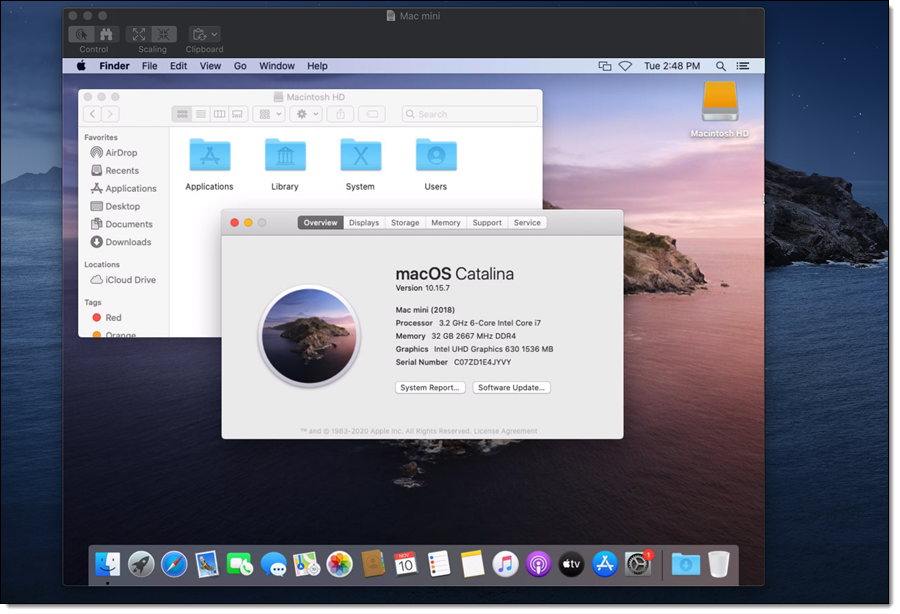 Amazon has formally announced that it will run Apple’s macOS on its cloud service for the first time, allowing app developers for Apple’s devices to access the operating system on demand in order to create apps for iPhones, iPads, Macs, and more all on Amazon Web Services.

Amazon previously offered the EC2 instances service for Windows and Linux. Through this new service, app developers will now have a big cloud provider that will let them run Xcode and Swift development tools in the cloud, moving away from having to maintain and patch dedicated Mac machines.

Mac instances have been made available in the US East (N. Virginia), US East (Ohio), US West (Oregon), Europe (Ireland), and Asia Pacific (Singapore) AWS regions.

Despite the initial announcement this week, Amazon hasn’t announced pricing, but the company is expected to reveal more information soon. According to the AWS announcement, Amazon is using Apple’s Intel-powered Mac mini computers for its cloud version of macOS.

Each Mac mini comes with Intel’s 8th Gen Core i7 processor and 32GB of RAM, and developers will be able to pick between macOS Mojave and macOS Catalina, with Big Sur support coming soon. Amazon is also planning to provide M1-powered devices in 2021.

“Our customers tell us they would love to have their Apple build environment integrated with AWS services. With EC2 Mac instances, developers can … focus on creating groundbreaking apps for Apple’s industry-leading platforms, rather than procuring and managing the underlying infrastructure,” David Brown, vice president of EC2 at AWS, said.

“Apple’s thriving community of more than 28 million developers continues to create groundbreaking app experiences that delight customers around the world,” said Bob Borchers, Vice President, Worldwide Product Marketing, at Apple. “With the launch of EC2 Mac instances, we’re thrilled to make development for Apple’s platforms accessible in new ways, and combine the performance and reliability of our world-class hardware with the scalability of AWS.”