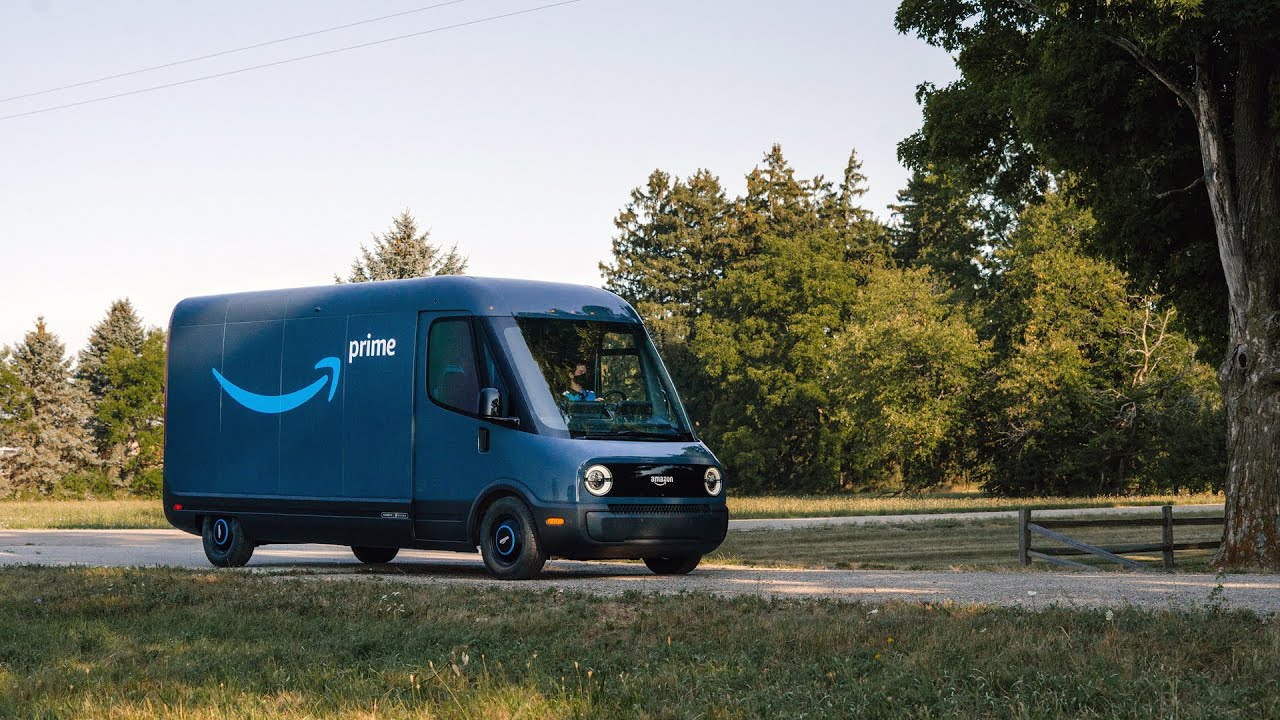 In a newly released video, Amazon has revealed its first working prototype of the Rivian-built Electric van that will start deliveries from 2021. Rivian has been assigned with the task of delivering 100,000 thousand vans to Amazon by 2030.

Complete with an Alexa integration, delivery optimization software, and safety features including a bulkhead door and multiple cameras for a 360-degree view around the van, the new delivery van is also set to feature bright tail lights that surround the rear of the truck, making it easier for other motorists to see. There is also what Amazon is calling a “dance floor” in the cabin, making it easier for the driver to move around inside. Showcased in a video, Amazon delivery vans will start appearing on roads and delivering packages in 2021. The vehicle is one of three models that will be built by Rivian for Amazon.

The prototype, as claimed by Amazon, takes information sourced from working with drivers to see how the vehicle could make their jobs easier, adjusting the workspace based on their feedback making it easier to get in and out of the vehicle.

With respect to these feedbacks and other user-oriented features, the van developed by Rivian will also have added driver-assistance technology for highway driving, a strengthened driver’s door in case of collision, a large brake-light array that starts at the midway point of the rear pillar, and reaches all the way to the other side of the van over the top of the rear door, and a bulkhead door that slides up and down instead of out.

The van has an expected range of 150 miles, and the prototype is a delivery-capable vehicle, according to Rivian. The electric Rivian vans are part of Amazon’s pledge to be net-zero carbon by 2040. Meanwhile, Tesla is also set to deliver its semi-truck to delivery giants like Wal-Mart, making progress in lending its technology within the budding electric commercial vehicle space.