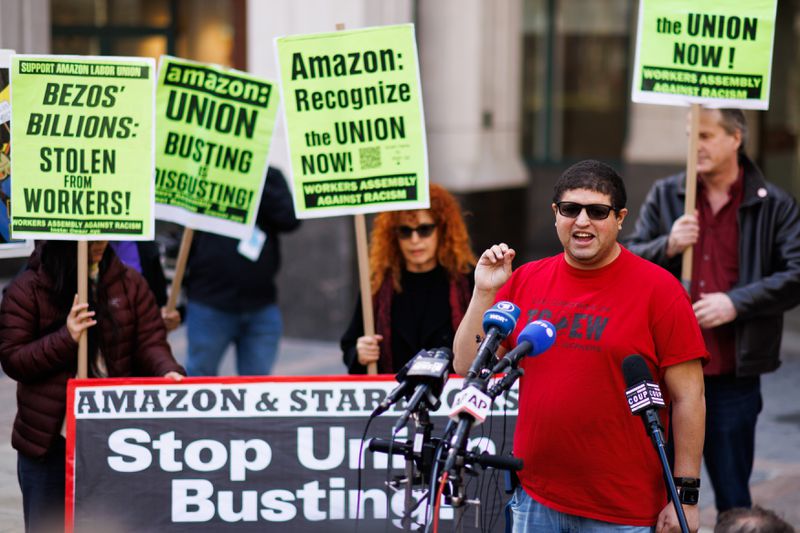 Amazon workers in N.Y. vote to form the first U.S. union in the company’s history

Based on the official tally made by the National Labor Relations Board office in downtown Brooklyn, the voting was 2,654 to 2,131.

Labor experts consider voting a potential watershed moment for the American labor movement, which has weakened in recent decades.

Adams, for his part, congratulated the Amazon workers for forming a union.

Meanwhile, Amazon, in a statement, expressed sadness about the formation of a new union.