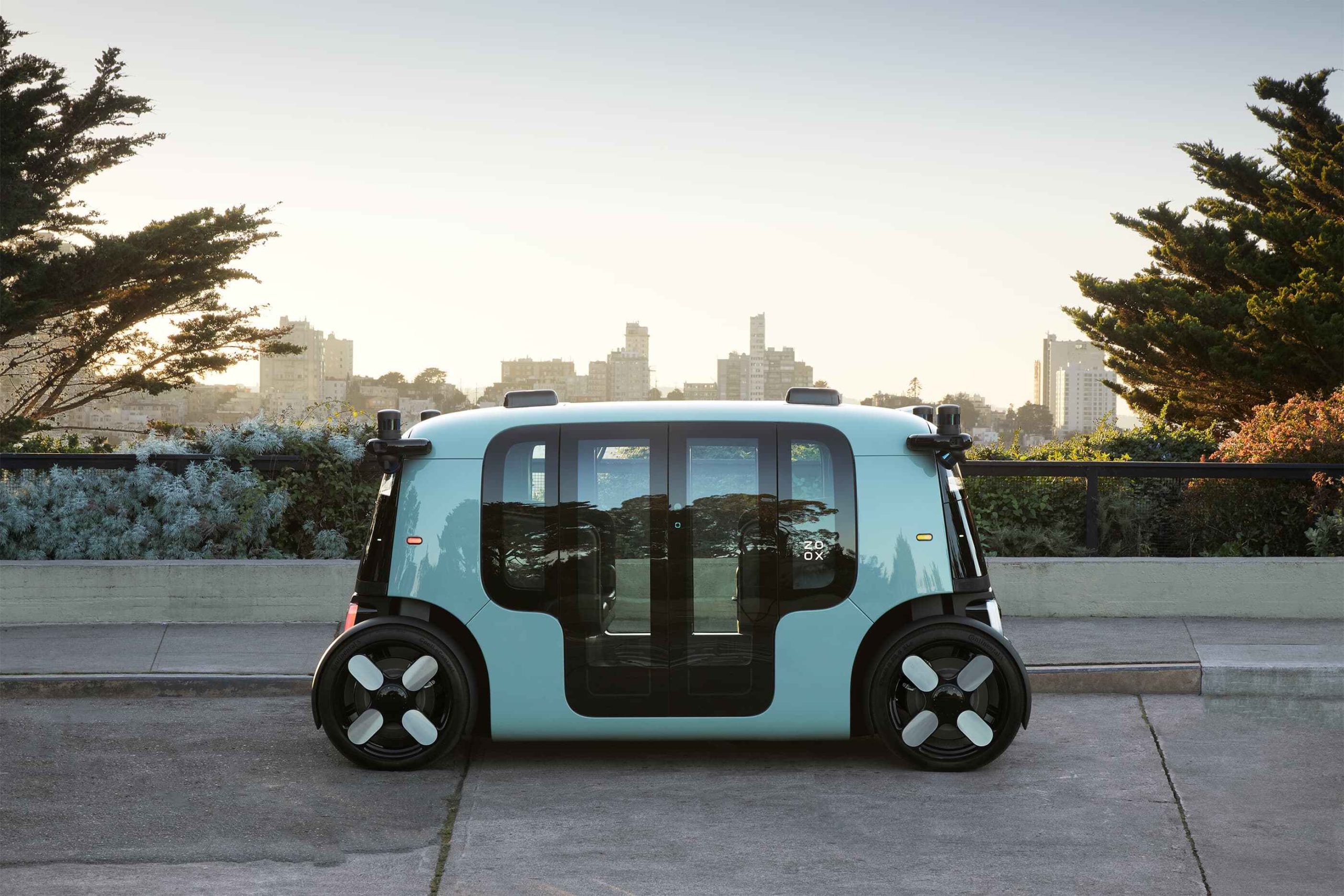 Amazon Zoox, the self-driving start-up, has now unveiled its long-awaited robotaxi that had been hinted at for the past six years. On Monday, Zoox unveiled its first fully autonomous electric vehicle with no steering wheel that can drive day and night on a single charge.

A self-driving taxi that can drive multiple directions without a steering wheel, and can house up to four passengers has been announced by Amazon’s self-driving venture Zoox, which will be launching an app-based ride-hailing service in cities like San Francisco and Las Vegas to commercialize the technology. The boxy, yet the carriage-style vehicle is deemed to be an all-electric four-wheeler measuring just 3.63 meters long.

Sporting a motor on each end, the robotaxi travels in either direction and travels at the maximum speed of 75 miles per hour. It runs on two battery packs, one under each row of seats,  which generate enough juice for 16 hours of run time after charging. Equipped with all the necessary safety technology, Zoox’s robotaxi features six LIDAR pucks on top, as well as multiple radar sensors and cameras with a 270-degree field of view at each corner. The sensor suite allows the vehicle to see objects up to 150 meters away.

Coming to the interiors, the boxy car features inward-facing bench seats, and are surrounded by textured fabric. There are cup holders and wireless charging mats between seats, and the ceiling has a starry sky pattern, similar to the ones on luxury cars like the Rolls Royce Ghost. A small touchscreen at each seat is what Zoox says passengers will use to control music, air conditioning, or see their route and ETA. The seats also conceal what Zoox says is a “radical rethink of how airbags work.”

“This is really about re-imagining transportation,” Zoox Chief Executive Officer Aicha Evans said in an interview with Bloomberg Television. “Not only do we have the capital required, but we also have a long-term vision.”  In a video released Monday, Evans used Zoox’s app to hail the vehicle outside San Francisco’s Fairmont hotel and took a spin around the block.

After being on the agenda for six years, Zoox’s quirky-looking mint-green vehicles are finally being built at a facility in Fremont, California, where makers note that eventually a total of 10,000 to 15,000 units would be produced annually, but it is still unknown as to what the company will be using these vehicles for, or if they’d be stepping into commercial sales.