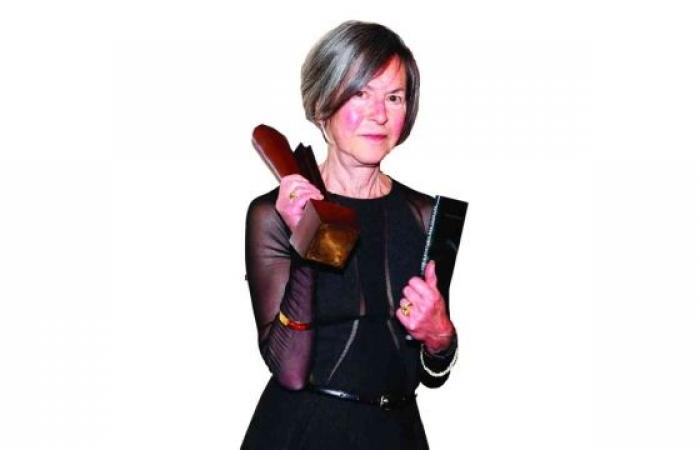 Announced in Stockholm by Mats Malm, the permanent secretary of the Swedish Academy, the Nobel Prize for Literature was awarded to American ‘Family’ poet Lousie Glück ‘for her unmistakable poetic voice that with austere beauty makes individual existence universal’.

On Thursday, Malm said that Gluck, 77, also a multiple winner of U.S. literary awards, was “surprised and happy” at the news when it came in the early hours of the 8th of September. She gave no immediate comment to journalists gathered outside her home in Cambridge, Massachusetts, according to One America News.

Born in 1943, Glück is a poet and essayist. Her first collection titled Firstborn was lauded by literary critics. But it was her second collection The House on Marshland in 1975 which really established her as a formidable literary figure. Gluck has been consistently writing poems, responding to the times we live in with her written word. Professor of English at Yale University, The Swedish Academy the said Gluck resembled 19th-century U.S. poet Emily Dickinson in her “severity and unwillingness to accept simple tenets of faith”. The Academy also quoted Gluck’s works “the self listens for what is left of its dreams and delusions, and nobody can be harder than she in confronting illusions of the self”.

The Nobel Prize in Literature is a Swedish literature prize that is awarded annually, since 1901, to an author from any country who has, in the words of the will of Swedish industrialist Alfred Nobel, produced “in the field of literature the most outstanding work in an ideal direction”. Gluck becomes the 16th woman to win the literary world’s most prestigious distinction since the Nobel prizes were launched more than a century ago.

Gluck was awarded a U.S. Pulitzer Prize in 1993 for her poetry collection “The Wild Iris”, with the title poem touching on suffering and redolent with imagery of the natural world. She was Poet Laureate of the United States in 2003-04 and won the U.S. National Book Award for her collection “Faithful and Virtuous Night” six years ago.

In 2015, then-President Barack Obama honored Gluck with the National Medal of Arts and Humanities, saying her “probing poems capture the quiet drama of nature and the quiet emotions of everyday people”.

Apart from the Nobel Prize in Literature, this year, the Prizes for Physics, Chemistry, and Medicine have also been declared this week.