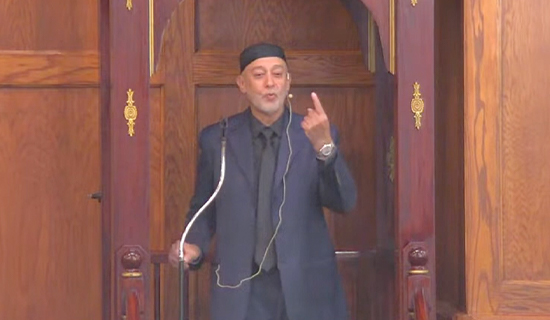 In recent days, the City University of New York has been a hotbed for Israel-Palestine rhetorics, as a resolution to adopt BDS was shunned by several members of its teacher’s union. To make matters worse, An adjunct professor at the CUNY said that Jews cause corruption around the world and that “Muslims will erase this filth called Israel.”

Speaking at a sermon at the Islamic Center of Union County, New Jersey last Friday, Imam Mohammad Abbasi uttered these vile remarks, hence facing a backlash from several members of the Jewish community, as well as influential lawmakers.

New York Congressman Lee Zeldin called for Abbasi to be fired, saying “At a time when anti-Semitic violence is on the rise throughout the United States, no one, especially someone charged with educating young adults, should be further fanning the flames of anti-Semitism like this and endorsing violence against Israel. As we saw last month, the CUNY faculty has an anti-Semitism problem, and this is just another example.”

Just last week, 50 of CUNY’s professors resigned from the union following the passing of the resolution which called upon CUNY to adopt BDS. The resolution, which was proposed in the wake of the Israel-Gaza conflict and approved last week, did not mention the rockets launched into Israel from Gaza by Palestinian terror groups.