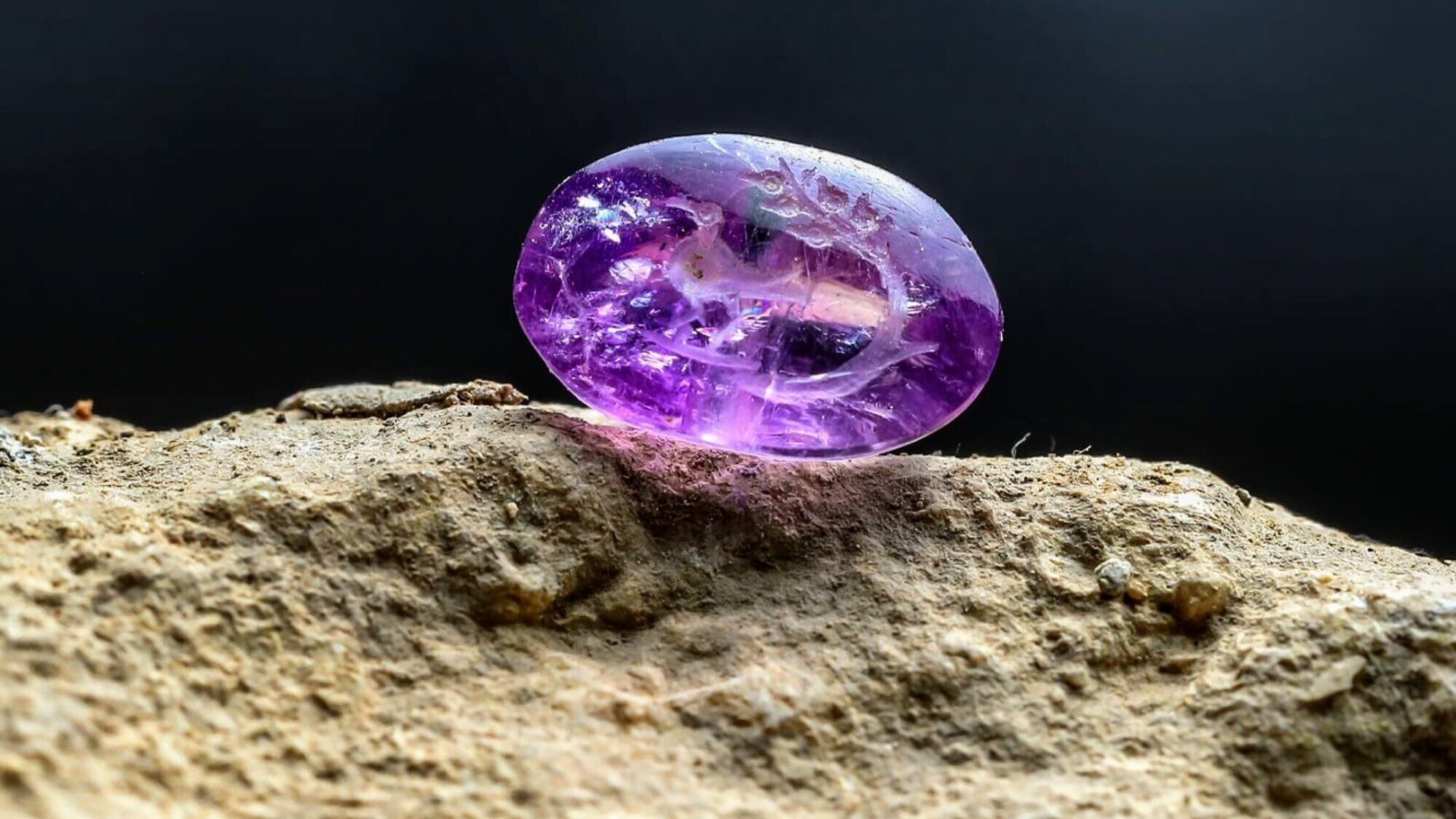 On Thursday, the Israel Antiquities Authority announced the discovery of a rare biblical ‘Balsam’ engraving on an amethyst stone, dating back to almost 2000 years.

According to the IAA, this ancient amethyst seal bearing the first known depiction of the plant known as “Balm of Gilead” apparently portrays the biblical persimmon plant that was used during the Second Temple period as one of the more expensive ingredients for producing incense, perfume, medicines, and ointments.

Source: The Times of Israel (Eliyahu Yanai, City of David)

Known by numerous names including persimmon, bosem, or balsam, and Balm of Gilead, the plant seal that was etched on the precious stone was found during excavations in the Emek Tzurim National Park located along the foundation stones of the Western Wall in Jerusalem’s Old City.

Archaeologist Eli Shukron, who conducted the excavation on behalf of the IAA and the City of David said, “This is an important find, because it may be the first time that a seal has been discovered in the entire world with an engraving of the precious and famous plant, which until now we could only read about in historical descriptions. The balsam plant is a positive symbol,” explained Shukron, “because magical and ceremonial properties were attributed to it.”