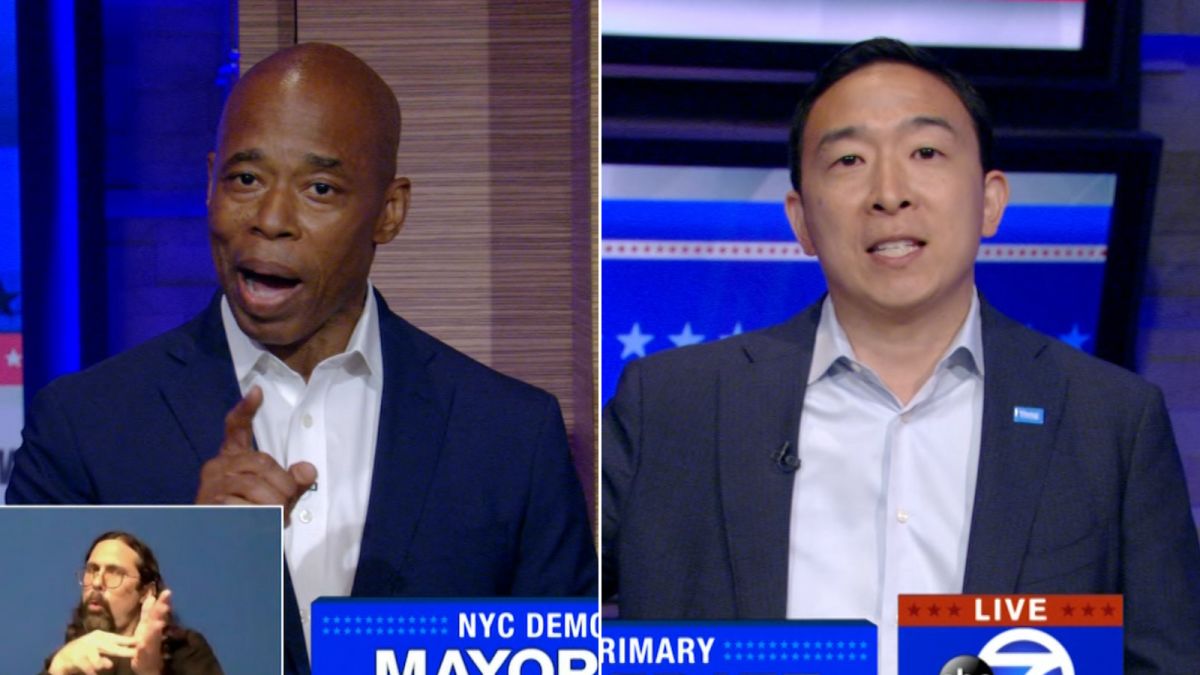 In the first in-person debate telecasted live ahead of the June 22nd New York Mayoral elections, Eight Democratic candidates battled it out for a shot at making an everlasting impression on New Yorkers. Amidst the entire proceeding, the candidate who stood out, in particular, was Andrew Yang.

A heated debate took place between Eric Adams and Andrew Yang, who both seem to be on top of the charts according to numerous polls. Towards the end of the debate, when candidates were allowed to throw questions at each other, Adams questioned how New Yorkers could rely on Yang to run the city when he hasn’t voted in the last several mayoral elections and spent time outside of the city when the pandemic hit. Adams also said, “You left the city during a very difficult time … you did not vote in municipal elections. How the hell do we have you become our mayor with this record like this?”

To this, Yang had a strong rebuttal. “We need to turn the page on people who’ve been running our city into the ground for the last number of years,” said Yang in confidence, adding “The problems have been getting worse around you while you’ve been running for mayor and raising money from your friends in real estate. We all know that you’ve been investigated for corruption everywhere you’ve gone.”

Meanwhile, speaking of education, Yang also called for hiring 10,000 tutors to help make up for learning loss during the pandemic.