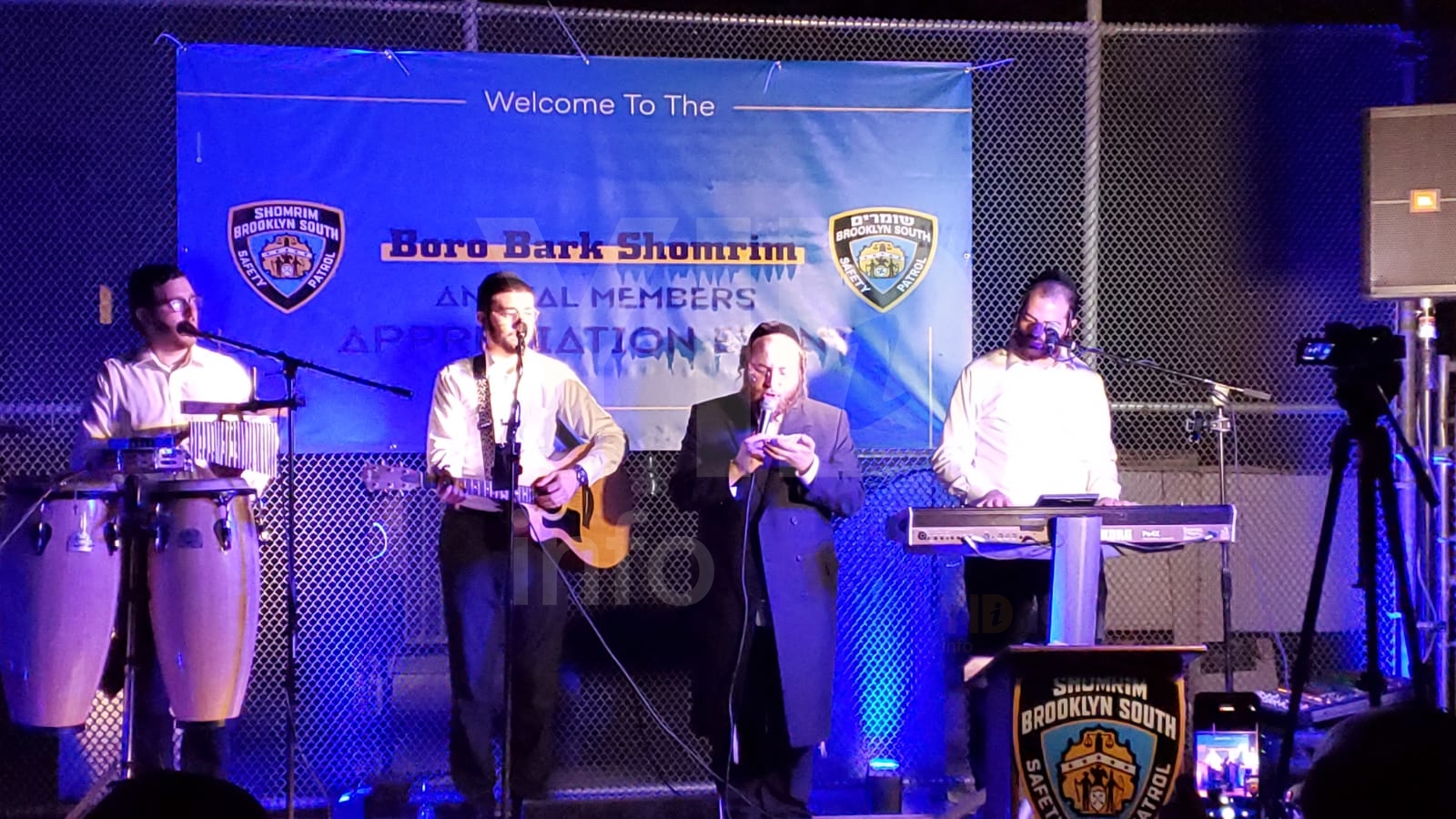 The annual appreciation event for the volunteers of Boro Park Shomrim took place on Tuesday night on a rooftop near Boro Park, with a lavish BBQ and live music.

The volunteers were addressed by local politicians and high ranking police officials who thanked and applauded them for their selfless dedication and commitment to the Boro Park community, going out there around the clock answering thousands of calls each year.

At the event, a few of the volunteers were awarded plaques. Among those awarded was Yiddy Rosman, the volunteer that got stabbed while chasing down suspects after an assault on an innocent passerby on New Utrecht Avenue. He was presented with a “certificate of bravery” from the BPJCC by the CEO Avi Greenstein.

The event concluded with a heartwarming song composed by noted Badchan Shlomo Yaakov Weber, in honor of the dedicated volunteers and all the work they do.