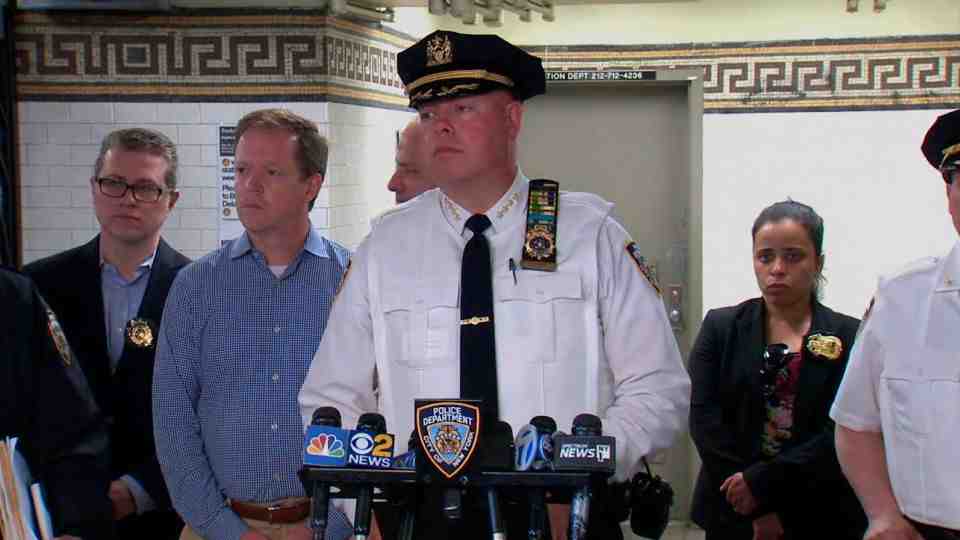 Another Fatal Subway Shooting Takes A Man’s Life in NYC

Despite incumbent Mayor Eric Adams’ attempts to curb Subway crimes, a man who is yet to be arrested by the NYPD fatally shot another man in the chest on a moving New York City subway train.

On Sunday, just before noon, the shooting occurred on a Q train that was traveling over the Manhattan Bridge, police said. The 48-year-old victim died at a hospital. The shooter fled after the train arrived at the Canal Street station in Manhattan. Police were reviewing security videos to try to identify him.

Chief of Department Kenneth Corey told reporters the shooting appeared to be a random attack, which occurred while the victim was seated in the train’s last car heading from Brooklyn into Manhattan.

“According to witnesses, the suspect was walking back and forth in the same train car and without provocation, pulled out a gun and fired it at the victim at close range,” the chief said.

Subway attacks have been a huge blot on NYC’s safety recently, and Adams, a Democrat, has made cracking down on violent crime a chief focus of his administration. But in the recent months, despite measures put in place, Subway crimes are still on the rise, haunting straphangers across the Big Apple.