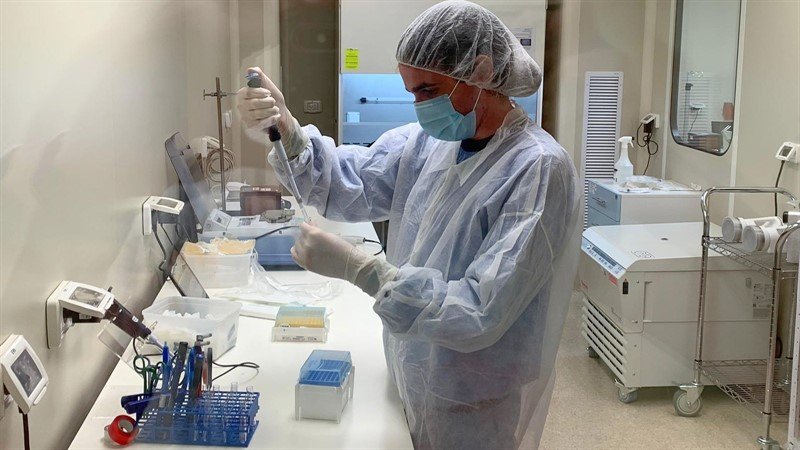 Another Israeli COVID Drug Clears Its Way Towards Phase 3 Trials

After the success of what’s being called a “miracle drug”, Israel has come up with another COVID-10-battling medication that has reached Phase 3 trials following successful results in the first two.

Apart from the miraculous EXO-CD24 drug which has successfully completed Phase 2, ninety percent of twenty seriously ill coronavirus patients treated with the drug Allocetra recovered, thus pushing it further into Phase 3 trials. According to Israel’s Channel 13, 90 percent of a sample of 20 patients who were seriously ill recovered after they were treated with the drug during the trials.

Channel 13 also interviewed Yair Tayeb, a 49-year-old Israeli who was hospitalized in serious condition with breathing difficulties caused by the coronavirus. Within two hours of receiving the drug, Tayeb began feeling better and three days later, he was released from the hospital. “I was in very serious condition,” Tayeb said. “I couldn’t breathe, I could barely speak. They gave me the medication and suddenly, after two hours, I stopped coughing,  I started being able to breathe. Now I’m going home – two days ago I couldn’t even stand up.”

The drug, Allocetra, similar to the EXO-CD24 treats the extreme overreaction of the body’s immune system seen in some severe coronavirus patients, which can sometimes lead to organ failure and death. The phenomenon is known as a “cytokine” storm. Cytokines are part of the body’s normal immune response to infection but their sudden release in large quantities can cause multisystem organ failure and death.

The other drug, EXO-CD24, was tested on 30 patients with moderate to severe Covid symptoms who all recovered, with 29 of them feeling better within five days. It was developed at the Ichilov Medical Centre in Tel Aviv and was initially designed to treat ovarian cancer.

“Even if the vaccines do their job, and even if there aren’t any new mutations, one way or another, the coronavirus will be staying with us,” said Professor Nadir Arber, who designed the drug.

“Allocetra can prevent the need to ventilate seriously and critically ill virus patients. That’s the main objective because once a patient is ventilated, everything changes – complications rise and treatment becomes more difficult,” said Dr. Dror Mevorah, chief medical officer at Enlivex Therapeutics, the Israeli drug company that developed Allocetra, and head of a coronavirus ward at Hadassah Ein Kerem.