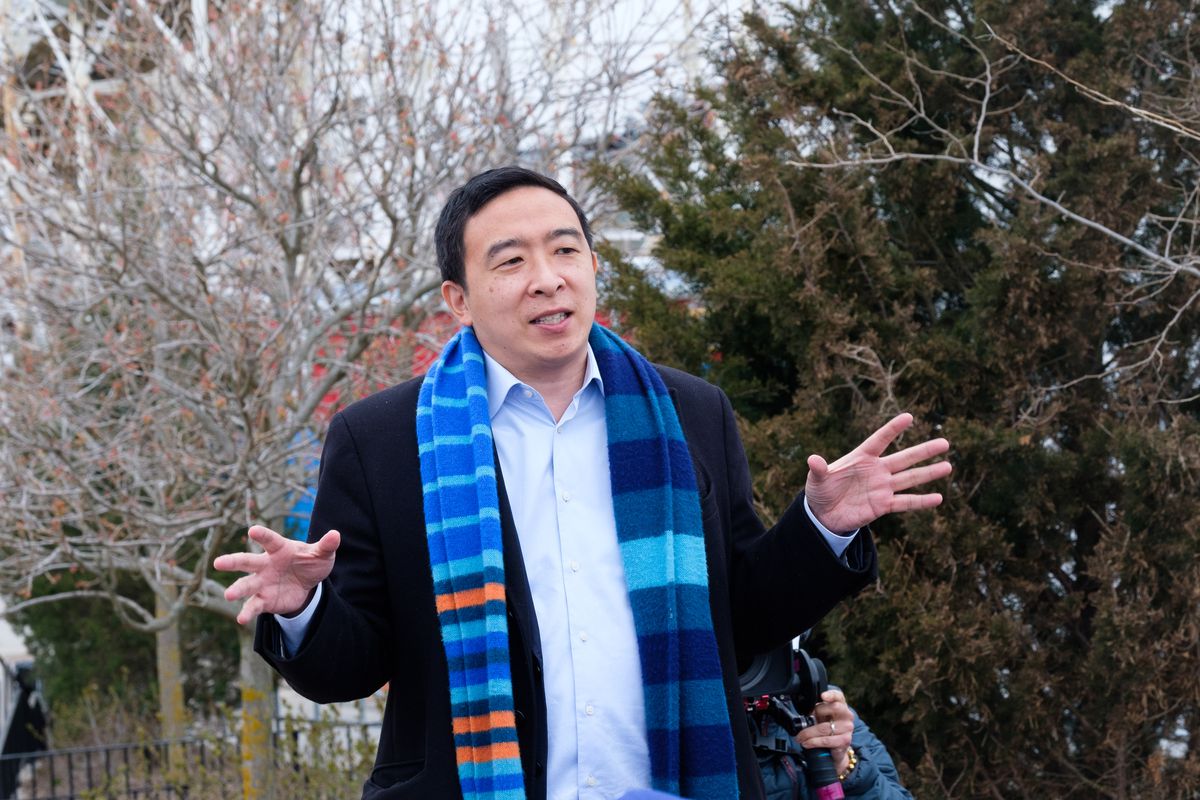 While holding a press conference with state senator Jeremy Cooney in Rochester adressing poverty and crime in the city, Mayor candidate Andrew Yang was verbaly assaulted by a group of Anti-Israel activists.

The hecklers shouted over the Senator who desperately tried to address local issues. “I am here because of issues facing Rochester, issues like poverty…” but was heckled and disturbed by the persistent shouting with accusations that Mr. Yang is supporting “genocide.”

The candidate tried to approach the group and explain his pro-Israel position. He was met with loud shouting of slanderous lies about the activities of the Israeli military by the group of young activists who used their smartphones to record their stunt.

As the conversation heated up, one of the activists shouted at the candidate “You don’t represent us, you only represent Jewish people.” She went on to accuse the Jewish community in white supremacy, saying “The only people you represent are white supremacists, we know that to be true.”

The incident follows an outburst of hate directed towards the candidate since he tweeted his unequivocal support of Israel’s right for self-defense in light of the latest escelations of Hamas terror activity in Jerusalem and Southern Israel.