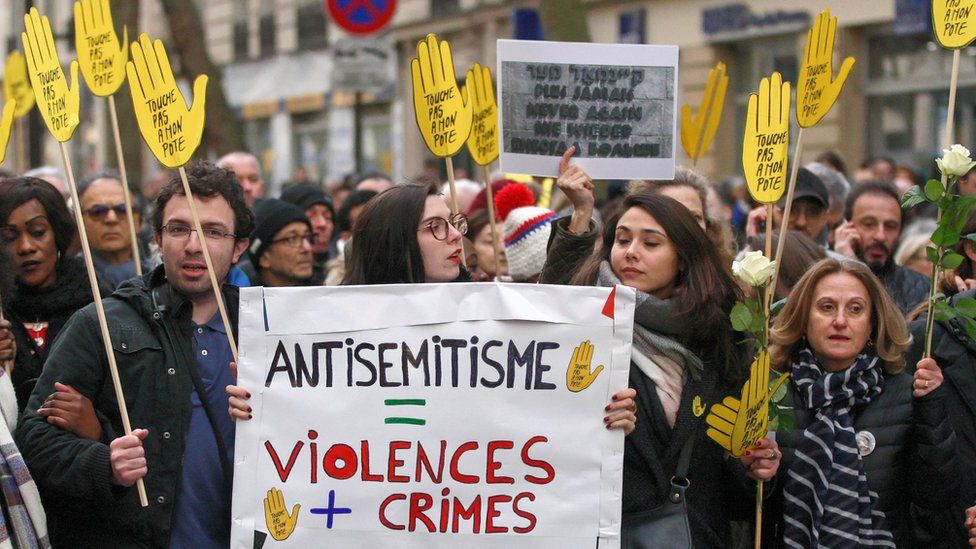 Anti-Semites Assault Jewish Family Travelling in A Car In France

As incidents of Anti-Semitism continue to spark tensions across the globe, a recent report from France involved a Jewish family who was assaulted by a group of people, whilst they were sitting in their car.

French police have arrested two adults and two minors in an alleged anti-Semitic hate crime in which the perpetrators allegedly verbally assaulted a Jewish family near Paris in their car and threw bottles at the vehicle. According to reports, the assaulters identified the Jewish family because of the Hebrew music that was playing from their car.

The incident, which was described in a tweet by French Interior Minister Gerald Darmanin on Friday, was claimed to have happened on Thursday in the northern Paris suburb of Aubervilliers. “Yesterday night, during Hanukkah, a family from Aubervilliers was assaulted because they are Jewish. In France, in 2020. The perpetrators were apprehended very swiftly by law enforcement. They will have to be punished in relation to the seriousness of these facts,” Darmanin wrote.

Luckily enough, no one was hurt in the incident, but the sentiment of hate was enough to cause enough grief for the Jewish family. According to French media reports, the incident happened at 8:40 pm local time on Thursday, last week and the perpetrators apparently hurled harsh anti-Semitic insults, including “f**ck the Jews,”. Once they were done verbally assaulting the family after hearing Hebrew-language music from the car, they rocked the vehicle back and forth and threw bottles at it.

Reacting to the incident, the Union of Jewish French Students, who in recent years has reached out to non-Jewish young residents of Seine-Saint-Denis, the predominantly Muslim region in Aubervilliers, claimed that the organization “recalls the insecurity of Jews who self-identify as such in France, despite outreach work.”

Growing incidents of flagrant anti-semitic hate crimes have plagued the globe over the past few years. Over the years, being subject to record levels of anti-Semitism, members of Europe’s largest Jewish population in France began seeking a new life in Israel, away from the hate and discrimination.

France is home to Europe’s largest Jewish population, the third-largest in the world after Israel and the United States, and yet the anti-Jewish sentiment is spreading like poison in the country. President Emmanuel Macron declared last year, that anti-Semitism was at its highest levels since World War II, while amidst a string of attacks, Prime Minister Edouard Philippe admitted that anti-Semitism is “deeply rooted in French society.”