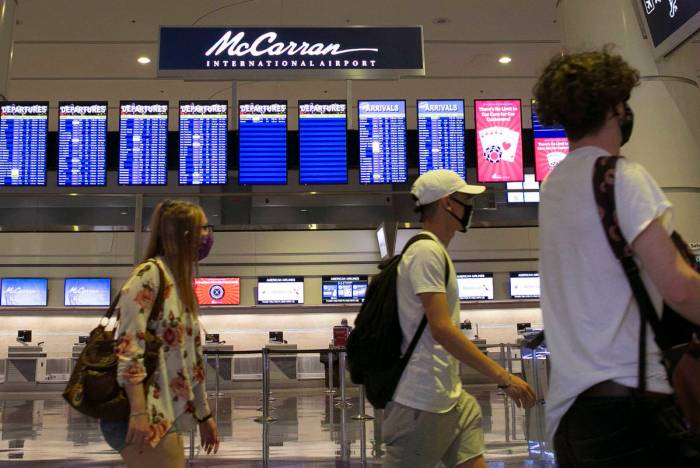 Anti-Semitic Airport No More: Vegas Airport Gets Rid of Its Antisemite Name

On Tuesday, a county board voted unanimously to rename Vegas’ McCarran International Airport after former U.S. Sen. Harry Reid of Nevada, primarily since its former name was linked to anti-immigrant and anti-Semitic views.

The move came after persistent calls to rename the airport due to the person it was named after. Former Nevada Sen. Patrick McCarran served as one of Nevada’s two U.S. senators from 1933 until his death in 1954. He was known for his contributions to aviation along with his anti-immigrant and anti-Semitic views.

On the other hand, Reid, a Democrat, and the former Senate majority leader retired from the Senate in 2016 after serving 30 years and claimed that he was “deeply humbled and grateful for the Clark County Commission’s consideration and thoughtfulness.”

Commissioner Tick Segerblom, who proposed the name change, argued that the airport’s current namesake, former Sen. Pat McCarran (D-Nev.), doesn’t represent “the diversity of our community.” McCarran has been accused of racism, anti-Semitism, and xenophobia. Furthermore, MGM Resorts Director of Government Affairs Jason Gray read a statement from the company’s CEO and President Bill Hornbuckle in which he said that with McCarran’s history of support for racist and anti-Semitic policies, his name should not be the first one visitors see when they reach Nevada.

The renaming, though successful, was not taken well by some, who questioned why officials would rename the airport after a politician, especially one who was polarizing and did not enjoy the same popularity outside his own political party. Members of the public also suggested picking something more neutral such as Las Vegas International Airport and said that amid the pandemic, the county should not spend several million dollars rebranding the airport. Commissioner Tick Segerblom, who pushed for the name change, said it will be paid for entirely by private contributions, not taxpayer money.

When approved, the rebranding will cost about $2 million, which will be covered by private donors, according to the Las Vegas Sun. The airport’s three-letter FAA identifier, LAS, wouldn’t change.