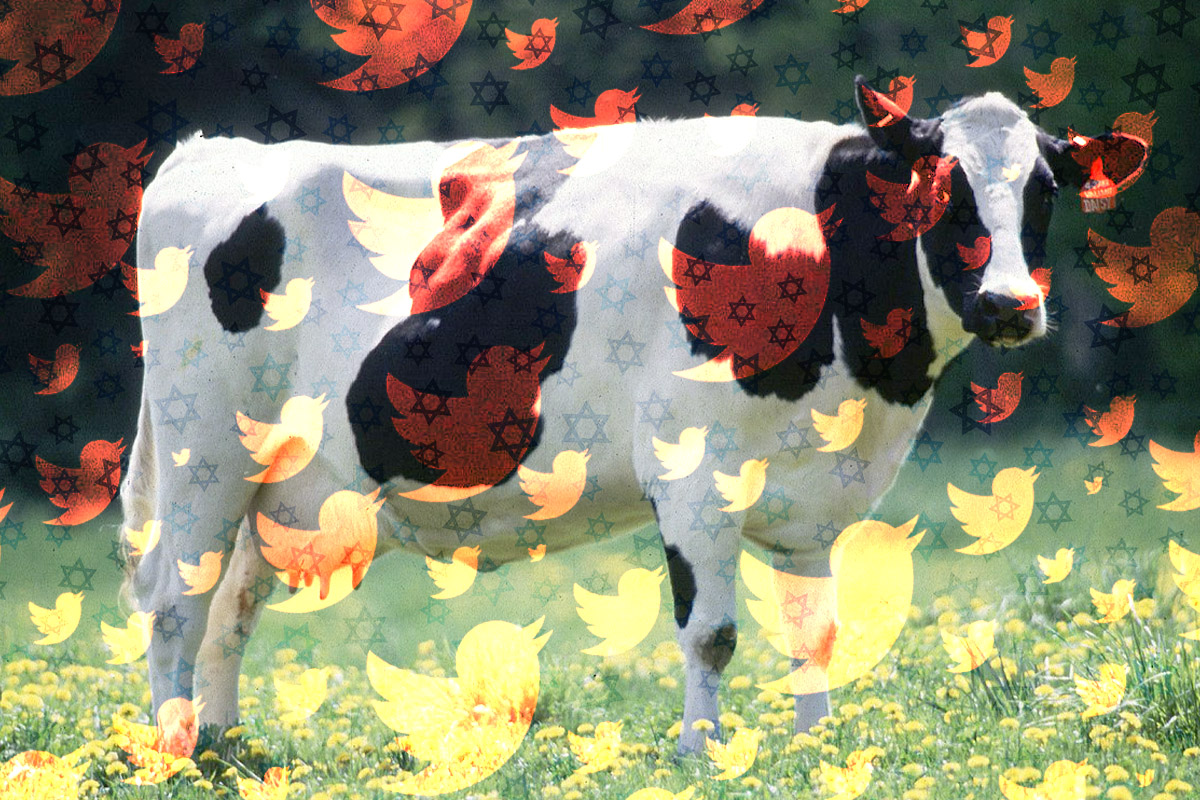 By Rhea Sovani01/06/2021 6:30 PMNo CommentsBy YidInfo Staff
[yidinfo id=9374] Famous for ‘mooing’ at Twitter users who posted grossly Anti-Semitic posts on the platform, the anonymous ‘Antisemitic Cow’, who had gone off the platform, returned on Monday night for a swansong of sorts- this time to address the neglect of Jack Dorsey and Twitter towards Anti-Semitic content on the platform.

“You have failed the people who use this platform,” Antisemitism Cow tweeted, tagging Twitter and its CEO, Jack Dorsey. “There is no excuse for your allowing Nazis with tens of thousands of followers to run rampant on your platform. You let it happen. Because of that, blood is on your hands.” Following this message up with another tweet in the thread, the Anti-Semitic Cow appealed to people to refrain from using the platform until it addressed and tackled hate in a meaningful way.

The next tweet went on to say, “I am quitting because no one person should subject themselves to witnessing and calling out the hate that you’ve allowed to fester here. This is your job, and until you do it properly, no sane or good person should use your platform.”

These Tweets by the anonymous crusader against anti-Semitic sentiments followed years of Twitter’s failure to curb the spread of hateful content against Jews. Several critics have, time and again called on Twitter to address the hateful comments on the platform. A study by the Network Contagion Research Institute last year found that anti-Semitic tropes tend to peak online around tense moments in the United States, including before the 2018 shooting at the Tree of Life synagogue in Pittsburgh.

Starting July 2020, Antisemitism Cow attracted more than 23,000 followers by “mooing” at accounts it deemed to be engaging in anti-Semitism. Followers often tagged the account in replies to tweets they believed were anti-Semitic so that Antisemitism Cow could issue its verdict. In November, the user announced that it would be deactivating the account, defining Twitter as “a system that, by definition, creates a poisonous dynamic between people.”

The debate around Twitter and Anti-Semitism was addressed by the company last year, wherein both Twitter and Facebook in October announced that they would ban Holocaust denial. Even though the ban went underway, several users are still peeved by the fact that Twitter still does very little to tackle other anti-semitic content.