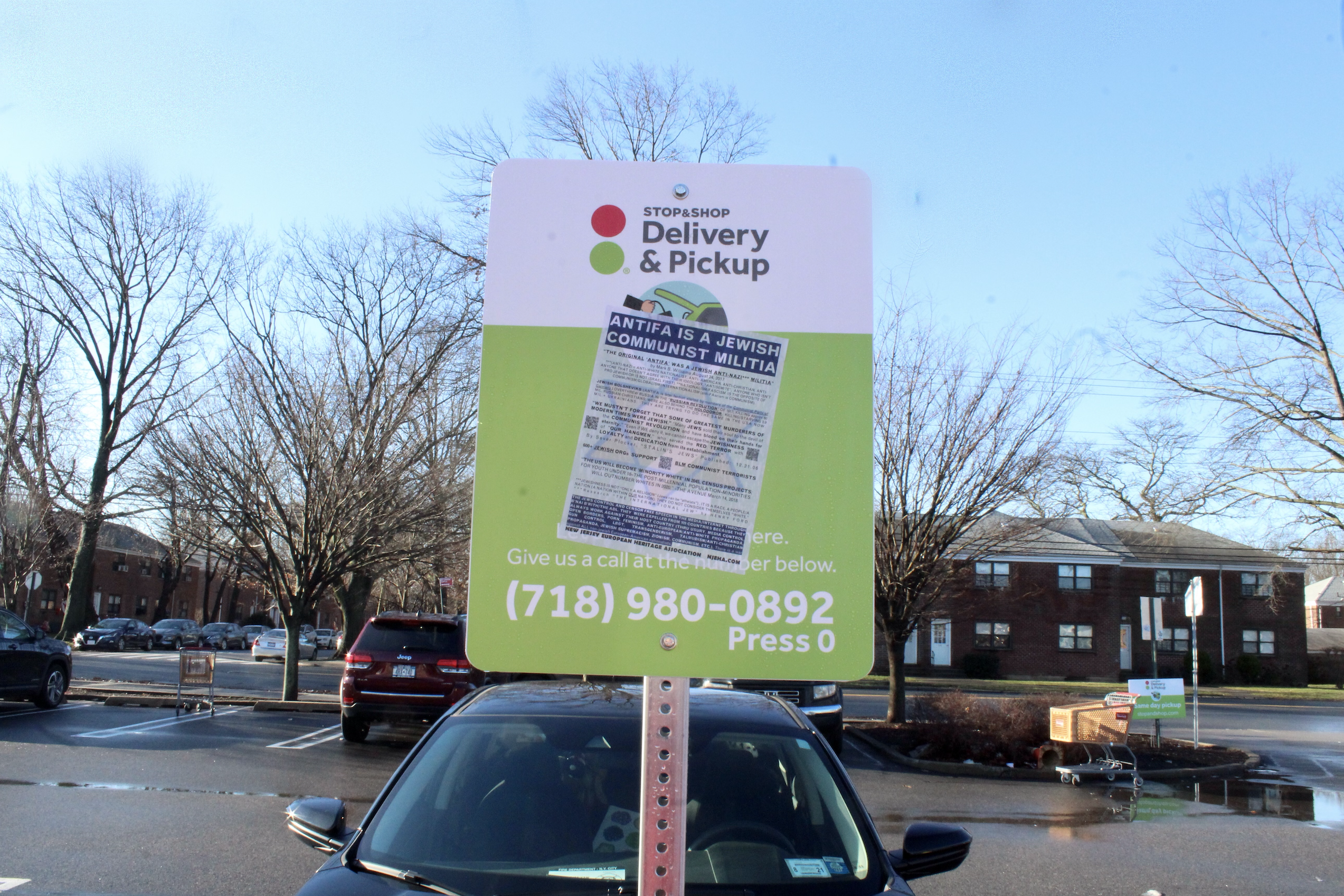 Anti-Semitic Fliers Distributed and Posted On Signs In Staten Island

Fliers reading, “Antifa is a Jewish communist militia” were distributed and slammed on signboards over the weekend in Staten Island. Known to be a nefarious activity undertaken by white supremacist groups, the flier depicts the Star of David and includes false claims that “The original Antifa was a Jewish anti-Nazi militia… There is a war against all non-Jewish European-American nationalists.”

In another despicable and vile act of antisemitism in the US, a white supremacist group circulated fliers alleging that the extremist left-wing Antifa movement was the brainchild of the Jewish anti-Nazi populations- which is an utterly baseless notion. The flier also suggested that “600 + Jewish Orgs Support BLM Communist Terrorists… The US will become minority white in 2045, Census predicts.”

According to reports, two fliers were posted at a medical building located at 2627 Hylan Blvd., one flier was seen at the Hylan Boulevard and Tysons Lane South Shore-bound bus stop, and another was posted on a pick-up sign in the Stop & Shop parking lot.

What’s more, is that the very group who printed and posted the flyers, listed their name at the bottom unabashedly, without the fear of being investigated for the hate crime. The hate group New Jersey European Heritage Association (NJEHA) is listed at the bottom of the fliers, along with their website address. The Anti-Defamation League lists NJEHA as a white supremacist group that “espouses racism, anti-Semitism and intolerance under the guise of ‘saving’ white European peoples from purported imminent extinction.”

Created in early 2018, the NJEHA is a small white supremacist group whose members see themselves as defenders of white European people and white culture. Members hold the white supremacist worldview that unless immediate action is taken, the white race is doomed to extinction by a “rising tide of color” purportedly controlled and manipulated by Jews.

According to the group’s website manifesto, members “do not see the current society as a healthy and cohesive environment suited for their children and grandchildren.” They believe that “they must wrest political, economic and social control away from the hostile elite who have usurped power in America.” By promoting their ideas to the “public mainstream” through flyering, banner drops, flash protests, and other public actions, they believe they can bypass the “controlled news and entertainment media” and establish a means of communicating with other white people.

As of now, the NYPD Hate Crimes Task Force has been notified about an anti-Semitic poster and the investigation remains ongoing.