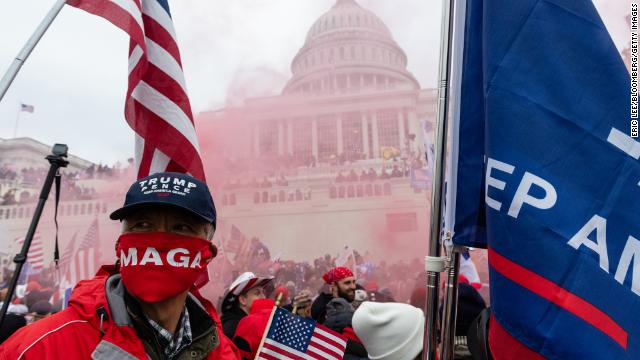 Amidst rampant antisemitism in the country, this week, during the protests at the US Capitol on Wednesday, an Israeli reporter who was covering the event was troubled by people around him and thrown anti-semitic slurs at.

Israel’s Channel 13 chief Washington correspondent, Gil Tamary, was interrupted by an agitator who used anti-Semitic slurs during the US Capitol chaos this Wednesday. The protestor, who was seen dressed in all black and holding a GoPro, stepped in front of Tamary’s camera mid-broadcast, and all the proceedings were caught on video.

“I occupy this space, ok?” the protestor says after Tamary asks him to move away, a possible allusion to Israel’s occupation of the West Bank.

“Yes you do, you lying Israeli. They play the pilpul game.”

The Hebrew term pilpul refers to a method of studying the Talmud through intense textual analysis in attempts to either explain conceptual differences between various halakhic rulings or to reconcile any apparent contradictions presented from various readings of different texts. Pilpul has been appropriated by anti-Semites in recent years, including neo-Nazi Andrew Anglin, who uses it in his publication The Daily Stormer to suggest that Jews are nefarious liars.

Continuing his rant, the man said, “You are all goy. Goy are cattle. You are cattle today.” This horrible comment may have been in reference to the cattle cars used to transport Jews to Nazi death camps during the Holocaust.

As Tamary and his co-anchor speak in Hebrew and try to regain control of the broadcast, the agitator steps fully into the frame, seen wearing sunglasses and a helmet. “Thank you, Mark. Thank you very much for being with us,” Tamary says as the agitator walks away.

Ran Boker, a journalist for Yedioth Ahronot, tweeted the video on Wednesday with the caption, “the troll that interrupted Gil Tamary’s live broadcast from Washington, and his dignified response.”

In another instance on Wednesday,  Rep. Mary Miller (R-Ill.), who was sworn into office on Jan. 3, told a crowd of protesters outside the Capitol on Tuesday that “Hitler was right on one thing.” Miller said, “Hitler was right on one thing: He said, whoever has the youth has the future. Fill your children’s minds with what is true and right and noble, and then they can overcome evil with good because they can actually discern between what is evil and what is good.”