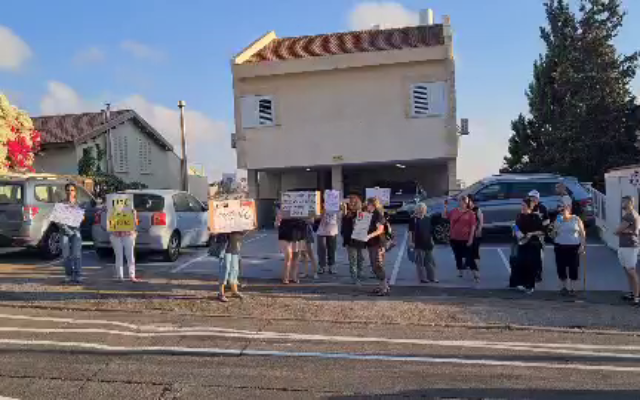 On Wednesday, dozens of anti-vaxxer protesters chanted “daughter of the devil” and “Nazi murderer” as they gathered outside the residence of Sharon Alroy-Preis, the head of the Israel Health Ministry’s public health department.

In the footage aired by Channel 12, one protester was seen wearing the yellow star of David (a Holocaust symbol), while some participants were heard chanting, “We are against coercion, [we are] not coronavirus deniers. She wants to hurt our children for greed.”

Alroy-Preis faced flak from the protesters over her support for government action amid rising cases, with her stance of reimposing significant COVID-19 restrictions and ramping up Israel’s vaccination drive among children.

“She acts like she’s crazy. She’s always screaming and when she’s asked to provide figures, she stammers and is evasive. There is no data behind this hysteria,” said an anonymous anti-vaxxer to local outlet Channel 13.

Coming out in support of Alroy-Preis, Prime Minister Naftali Bennett and Health Minister Nitzan Horowitz both posted statements Wednesday. Bennett said,  “Dr. Sharon Alroy-Preis is a devoted and professional public servant who works day and night for the health of Israeli citizens and the personal attack on her is inappropriate and unacceptable.” Health Minister Horowitz also tweeted his support of Alroy-Preis, saying she has the full backing of his ministry.