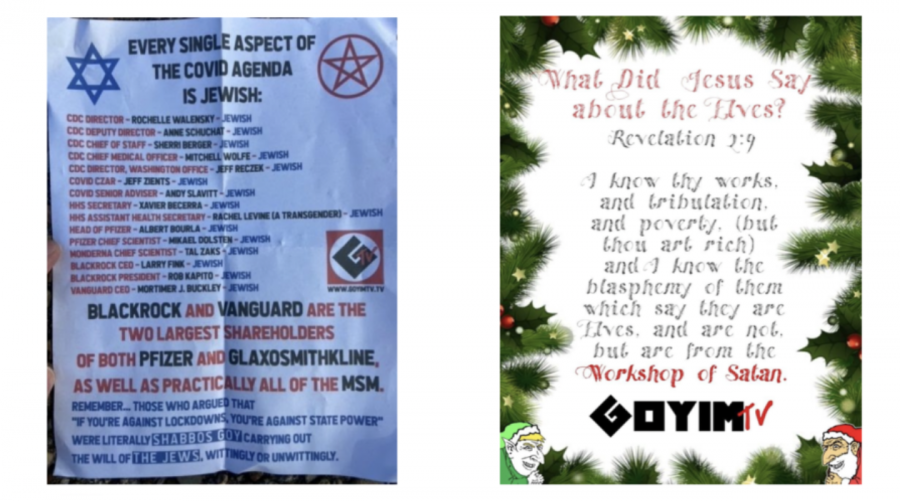 In a vile act that was first reported from North Carolina, the antisemitic group Goyim Defense League sent hateful fliers claiming the Jews were responsible for COVID-19 across eight states including Alabama, California, Colorado, Idaho, Illinois, Texas, and Vermont.

Neighborhoods across at least eight states were targetted by a “coordinated flier drop”, wherein each household received a flier detailing falsely how the Jews were responsible for the coronavirus pandemic.

According to the Secure Community Network, the leaflet, one of which was titled “Every Single Aspect of the Covid Agenda Is Jewish,” included a QR code that linked to an anti-Semitic website run by the Goyim Defense League.

As it stands, this is not an isolated initiative headed by the organization. Just before Chanukah, the group left fliers at homes in Beverly Hills, Ca., and earlier this fall the group hung a banner from an overpass in Austin, Texas, saying “Vax the Jews.”

In response to the latest happening, Michael Masters, CEO of SCN said, “This is another reminder that the Jewish community is a target in the United States. There continue to be groups willing to do anything they can to attack Jewish people, including blaming them for a pandemic that has affected so many lives across the globe. We must continue to fight anti-Semitism and ensure the Jewish community can flourish.”