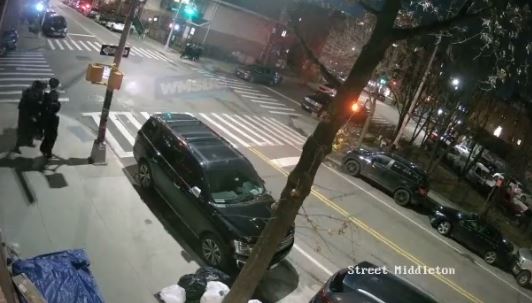 As hate grows in New York City, the occupants of an unidentified vehicle have been reported to terrorize local Jews while driving through Williamsburg, in multiple incidents.

According to video footage of both the incidents, on Friday, a group of Jews is seen standing at the corner of Harrison Ave & Lynch St, when the vehicle came through the intersection and someone drops fireworks out of the window. Moments later, the fireworks go off, sending the Jews scattering from the sudden explosion. Another group of Jews can be seen running away from the opposite end of the intersection as well.

Car passing by a group of Hasidic Jewish people standing in Friday Night at Harrison Ave & Lynch St throw out fire works and drove away. pic.twitter.com/VNthzenZxY

The same vehicle wreaked havoc again on Monday and was seen driving on Marcy Av & Middleton St when someone threw fireworks out of the car, and they exploded under a bus from a local Jewish school.

The NYPD and Shomrim are currently looking out for any sort of information related to the two hateful incidents.