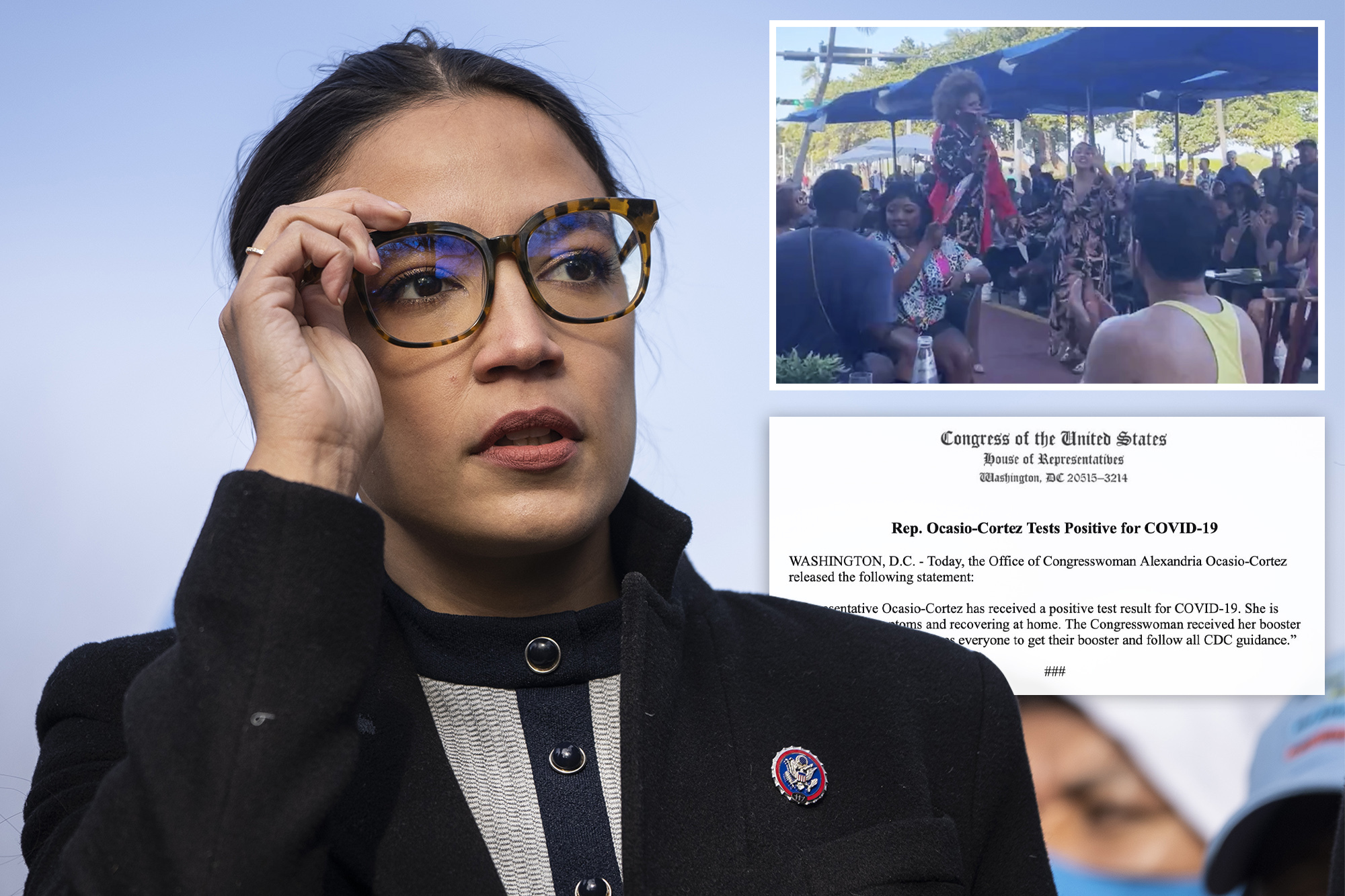 After being spotted maskless more than once, Rep. Alexandria Ocasio-Cortez, D-N.Y., has tested positive for the coronavirus, according to a statement from her office on Sunday night.

Just last week, Ocasio-Cortez was seen parading around in Florida, ​​dining outdoors at Doraku Sushi and Izakaya in Miami Beach without a mask. She was also spotted partying at a crowded Miami Bar subsequently.

A hypocrite of the first order, she was called out by several politicians and media outlets for failing to practice what she so “fiercely” preached. Ocasio-Cortez’s trip to Florida also came during a time when her home state of New York saw a record surge in coronavirus cases due to the omicron variant’s spread, but she chose to abandon the sinking ship.

Her maskless winter getaway was criticized on social media by supporters of Republican Florida Gov. Ron DeSantis, who has taken a strong stance against mask mandates, and who AOC slammed more times than once. At the time, Ocasio-Cortez shot back at the Team DeSantis tweet, writing: “Hasn’t Gov. DeSantis been inexplicably missing for like 2 weeks? If he’s around, I would be happy to say hello. His social media team seems to have been posting old photos for weeks. In the meantime, perhaps I could help with local organizing. Folks are quite receptive here :)”

According to the official statement from her office, the Congresswoman is recovering from the virus at home and is experiencing symptoms. Rep. Ocasio-Cortez received her booster shot in the fall, according to the statement.