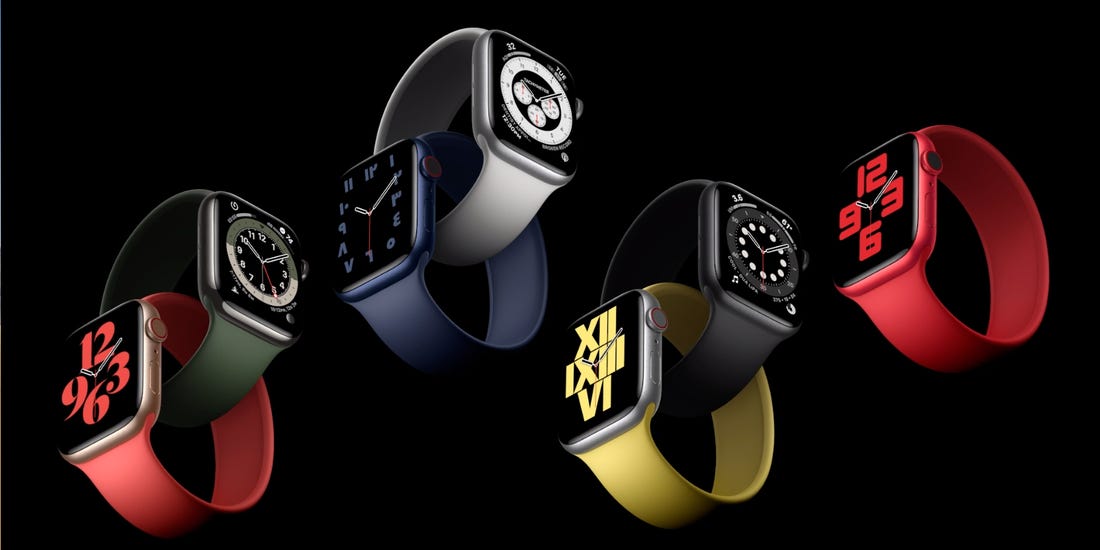 Apple Launches Two iPads and watches, Along With Apple Fitness+ and Apple One Services

In a much-awaited annual event titled ‘Time Flies’, tech giant Apple has successfully announced a league of the latest, power-packed gizmos including two Apple watch, namely SE and Series 6, and an 8th Gen iPad. Much to the disappointment of tech enthusiasts worldwide, there are no indications surrounding the launch of the 4 new 5G-ready iPhone models at the event as of now. Apart from these gadgets, Apple has also launched its two services: Fitness+ and Apple One, whilst revealing all of their subscription plans and pricing.

As Tim Cook took the stage at the very beginning of the event, live from Apple Park, he and announced that today’s Apple event will witness the launch of a new Apple Watch and an iPad. The event progressed with a montage of a few Apple watch users sharing inspirational stories of how Apple Watch helped them get healthy one day after another. The new Apple Watch will come packed with WatchOS that was announced at WWDC 2020 in June. While introducing the Apple Watch Series 6, the company revealed color and design variations, whilst introducing the first-ever Red variant in the watch strap and body.

In response to the COVID times, Apple Watch Series 6 was showcased as being capable of measuring your blood oxygen level right from the wrist at any time and anywhere. Apart from this feature, the watch will also sport various well-designed watch faces including pride colors, a myriad of designs that can be paired with your outfit, countdowns, memojis, and many others. Apple has introduced Family Set, which is aimed at setting up and linking your child’s Apple Watch using your iPhone, in order to be notified about who the child is interacting with and where he/she is located. The new Apple Watch comes with 10 sports mode. The new Apple Watch Series 6 is priced at  $399 while the Watch Series 3 will continue to be priced at $199.

Soon after the Series 6, Apple announced a budget version of the Watch, titled ‘Apple Watch SE’. This variant comes with all the necessary features that helpt stay connected, fit, and healthy. It uses the Apple Watch Series 5 chipset and comes with all the new features including Family setup. This version also runs on a WatchOS software similar to the new Watch Series 6, and is priced at $279.

Moving swiftly from the announcement of these two top-notch products, the event went on to launch two new iPad contenders, namely- iPad 8th Generation and iPad Air, the latter powered by the brand new A14 Bionic chip.

An update of its entry-level 10.2-inch tablet,  the iPad 8th generation promises to be “up to 3 times faster than the top-selling Android tablet.” The new 8th generation iPad is priced at $329, with a special price of $299 for education customers. Orders for the new iPad can be placed today, and will be available starting Friday.

As for the iPad Air powered with the fastest-yet A 14 Bionic Chip, the device is being claimed to increase performance by 40 percent, with a  30 percent increase in graphics performance. The new iPad Air comes with TouchID integrated inside the power button and includes a larger liquid Retina display when compared to the previous generation iPad. Apple has made the new iPad Air available in five vibrant colors. The model also includes support for USB-C, a single 12MP rear camera, a 7MP front sensor, magic keyboard. It is priced at $599.

Apart from these devices, Apple also announced two services- Apple One and Fitness+. Apple One is essentially a service that enables users to keep all Apple services under one single plan. The service is available in three subscription plans: Individual at $14.95/month, Family at $19.95/month, and Premier at $ 29.95/month.

Apple Fitness+ is a new service that is built for the Apple Watch. This service is designed to inspire users to stay more active and participate in workout sessions. Fitness+ includes many workout modes including Yoga and hiking, and provides new soundtracks that can potentially motivate users to work out better. Apple Music tracks can also be saved on Fitness+. The newly announced Apple Fitness+ at $ 9.99 for a month and $ 79.99 per year. New Apple Watch buyers will get 3 months free subscription to Apple Fitness+.

The hour-long event also gave the company a chance to announce that iOS 14 and iPadOS 14, along with the latest watchOS and tvOS updates, will start rolling out on Wednesday, September 16th.