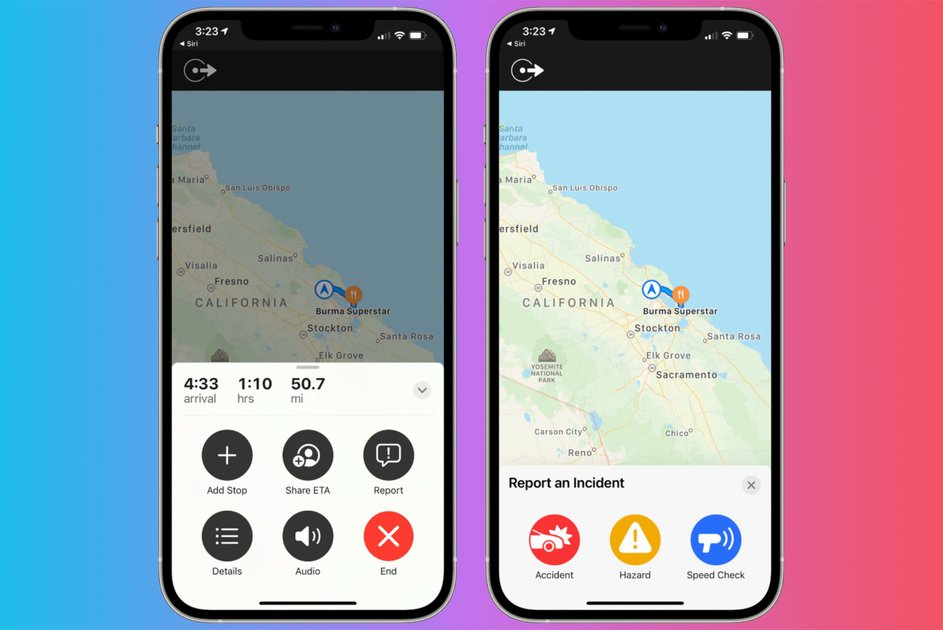 Apple Maps will now be featuring accident reporting and speed checks similar to Waze and Google Maps, which adopted these elements in 2019. The feature is currently only available to users with the iOS 14.5 beta.

Apple Maps is now giving beta users the ability to report accidents, hazards, and speed traps along their route, in the US. As per the new update, Siri tells you this when you begin your journey for the first time. And you do so by swiping up on the navigation interface and tapping the report button.

Although Google began this feature in 2019, it is still quite ahead of Apple’s new update, as it provides a lot more assistance related to making the commute. Google gives users the ability to report a crash, speed trap, slow down, construction, lane closure, stalled vehicle as well as objects on the road. Looking at this, Apple’s rendition is a bit late and even appears to be less in-depth than what the competition currently features.

According to reports on Reddit, not everyone on iOS 14.5 beta in the US is getting access to the feature. This may mean that for the beta version, who gets access to the new feature may be a server-side thing. It also remains to be seen if the feature will be available outside of the US once the new version of iOS leaves the beta stage. MacRumors shared screenshots of the feature working in the CarPlay version of Apple Maps, as well.

If available, the feature can be accessed while navigating to a destination by first Searching for a location, then Tapping Directions followed by Tapping Go

And then Swiping up to tap on Report. You can then choose to report an Accident, Hazard, or Speed Check. Note that tapping a selection will flag your location without a confirmation check. Reporting also works in Maps on CarPlay and via Siri with the phrase “Hey ‌Siri‌, there’s an accident”.