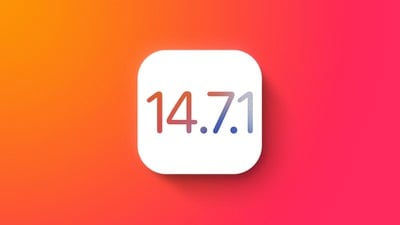 On Monday, a week after the 14.7 update was released, Apple floated the iOS 14.7.1 in order to fix a few Apple Watch-related issues that came with the 14.7.

Introduced to primarily fix the interrupted “Unlock with iPhone” feature that Apple Watch wearers used for easy access to their wristwear, the 14.7.1 is dedicated towards this and a few other fixes.

Even if you don’t have an Apple Watch, it is advised that you still update the software, especially so for Mac users for whom the update will fix security flaws that are already being exploited in the wild.

Most critically, the recent updates fix a zero-day vulnerability that Apple says has been seeing exploitation by hackers “in the wild,” i.e., out in the world. That vulnerability, CVE-2021-30807, could allow a hacker to execute arbitrary code with kernel privileges, essentially allowing them to hijack your device on a very elemental level.

It is being speculated that this urgent new update may be in response to the recent Pegasus spyware fiasco owned by Israeli firm NSO.