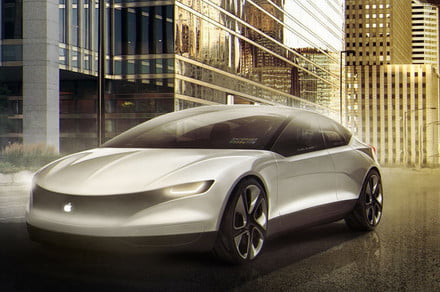 After years of speculations and rumors, a Reuters report on Monday claimed that Californian tech giant Apple is eyeing the electronic vehicle market with its own rendition of electric, self-driving car technology.

Apple Inc is moving forward with self-driving car technology and is targeting 2024 to produce a passenger vehicle that could include its own breakthrough battery technology, people familiar with the matter told Reuters. The company’s automotive ‘Project Titan’ which had been launched in 2014, is now geared towards introducing its first-ever car by 2024. The Apple electric car project, codenamed “Titan,” is an electric car project undergoing research and development by Apple Inc. Apple has yet to openly discuss any of its self-driving research, but around 5,000 employees were reported to be working on the project as of 2018.

According to sources close to the matter, the globally recognized iPhone maker is now moving forward with self-driving car technology and is targeting to produce a passenger vehicle that could include its own breakthrough battery technology. In 2014 the first sketches of an Apple car were made, but with the company seeing several ups and downs, the progress was stunted. In 2018, Apple brought on board former Tesla employee Doug Field to oversee the project in 2018 which may make it likely that the vehicle is in the making.

Recently, the reigns of the Apple Car were also handed over to John Giannandrea, its Senior Vice President for Machine Learning and AI strategy. Giannandrea has been in charge of Apple’s AI technology across its verticals ever since arriving from Google where he headed Google Search and AI at the search giant.

While Apple has made no public or official announcement related to its plans for an EV and had also declined to comment after the Reuters report, it is reported that the battery inside the Apple car could be its biggest highlight. A new battery design may bring down costs while improving range – which might put down all competitors in the market who are currently selling similar vehicles. Sources also told Reuters that Apple has decided to tap outside partners for elements of the system, including lidar sensors, which help self-driving cars get a three-dimensional view of the road.

Speaking about Apple’s tendency to always come up with something revolutionary and disruptive, “If there is one company on the planet that has the resources to do that, it’s probably Apple. But at the same time, it’s not a cellphone,” said a person who worked on Project Titan.