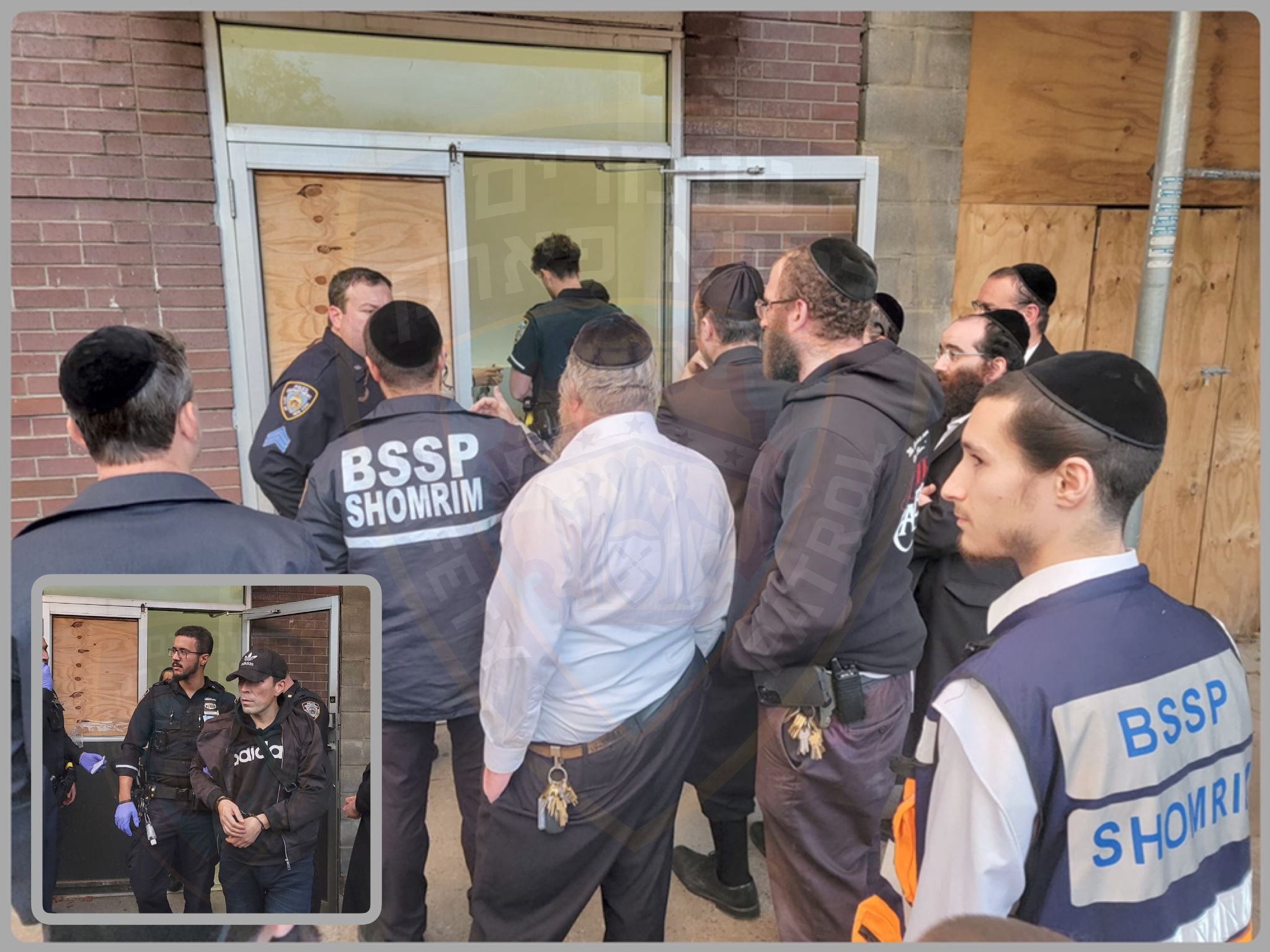 On Sunday at approximately 5:30 p.m. Boro Park Shomrim received a call that a perp is stealing stuff from coat pockets in the Gur yeshiva on 52th street & Old New Utrecht Ave, and within minutes some Shomrim members were already on location.

The perp started throwing chairs and objects at them and tried fighting them off while trying to escape.

But after a quick battle, some Shomrim members held him down until NYPD arrived and arrested him for stealing and assaulting people.

NYPD data shows the suspect was also wanted for multiple break-ins in the past couple of weeks.

Recently he broke into shuls, schools.

Before his arrest yesterday, the suspect also broke into many Heimishe restaurants and stores.